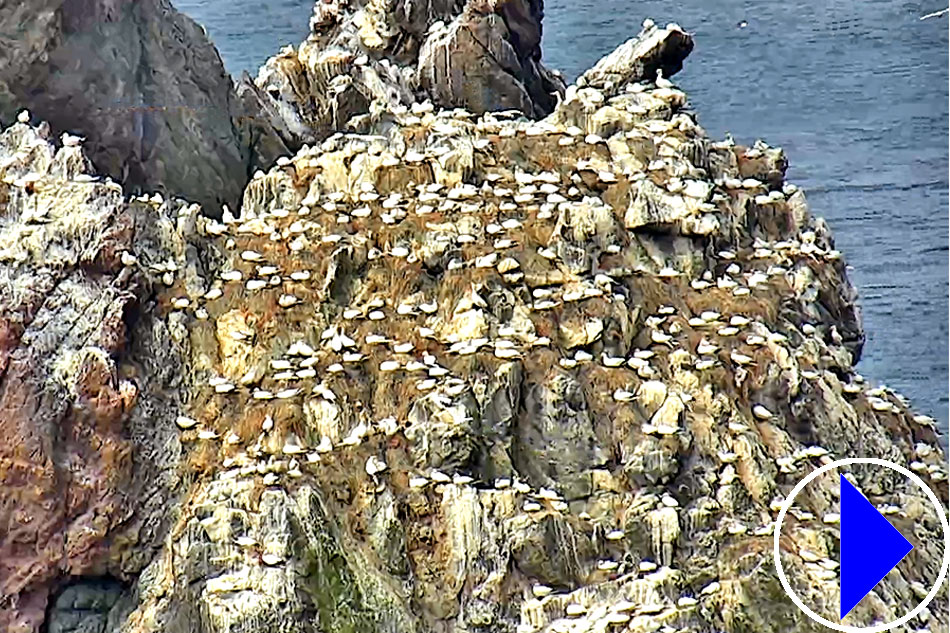 
More info: The webcam looks over the Les Etacs Gannet colony which is located just 350mtrs from the West Cliffs of Alderney and is home to around 6000 pairs of Northern gannets. Alderney is the northernmost of the inhabited Channel Islands and covers an area of 3 square miles. The gannets are present from February to October each year and they form Britain's most southerly Northern Gannet colony.

The northern gannet is a distinctive white bird with a yellow head, black wingtips and a long dagger-like bill, and is almost as large as an albatross. It takes four years for gannets to attain full adult plumage.

Gannets feed on fish, which they catch by diving head-first into the sea, their wings folded right back. Diving from heights of 30m, they can hit the water at speeds of up to 60mph. An extensive network of air sacs between their muscles and skin, helps absorb the impact of these dives. Gannets sometimes scavenge for scraps and offal around fishing boats.

One pale blue to white egg is laid which is then incubated by both sexes, for 42 to 46 days. Both parents feed the young by regurgitation. The young gannets take their first flight around 84 to 97 days.