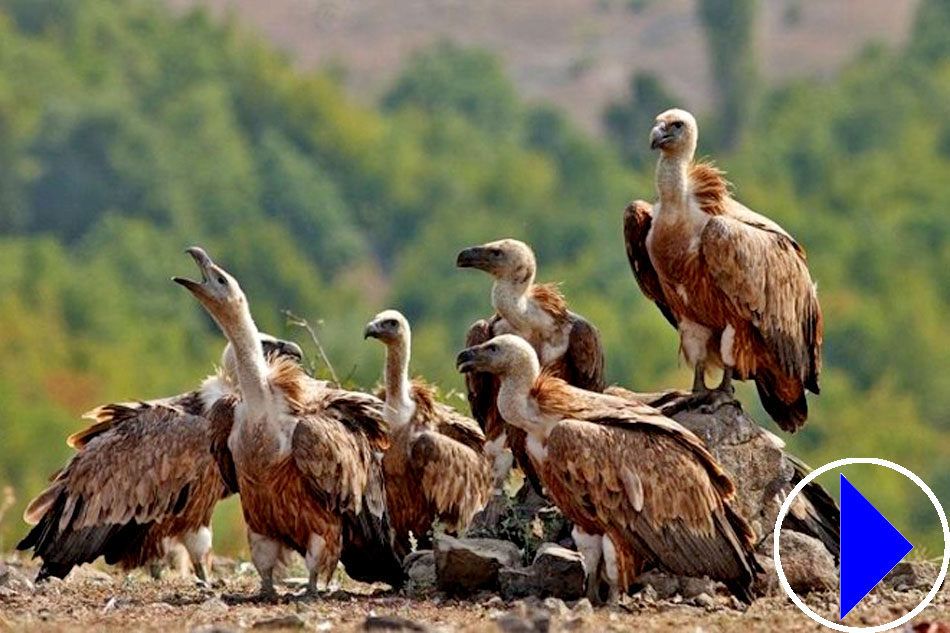 More info: Spain is home to 90 percent of Europe’s population of Griffon vultures and in global terms Spain contains around 75 percent of the world’s Griffons.

Griffon vulture populations have increased steadily throughout Spain, over the past 15 years, helped by the provision of feeding stations. However, EU legislation threatened the status quo with the banning of artificial feeding stations. With the advent of mad cow disease (BSE), legislation was introduced requiring all dead carcases to be incinerated.

The affect upon many areas was a disaster for Griffon Vulture populations and other carrion eating birds. So much so that some Griffon Vultures, normally placid birds, took to attacking livestock where feeding stations were closed. Due to pressure from various conservation and agricultural organisations, the feeding stations were permitted again with various rules in place.

Adult Griffon Vultures can live beyond thirty years and once established in an area will rarely venture far from their home territories. Non-breeding birds however will range over wide areas, with some choosing to venture as far afield as Africa.