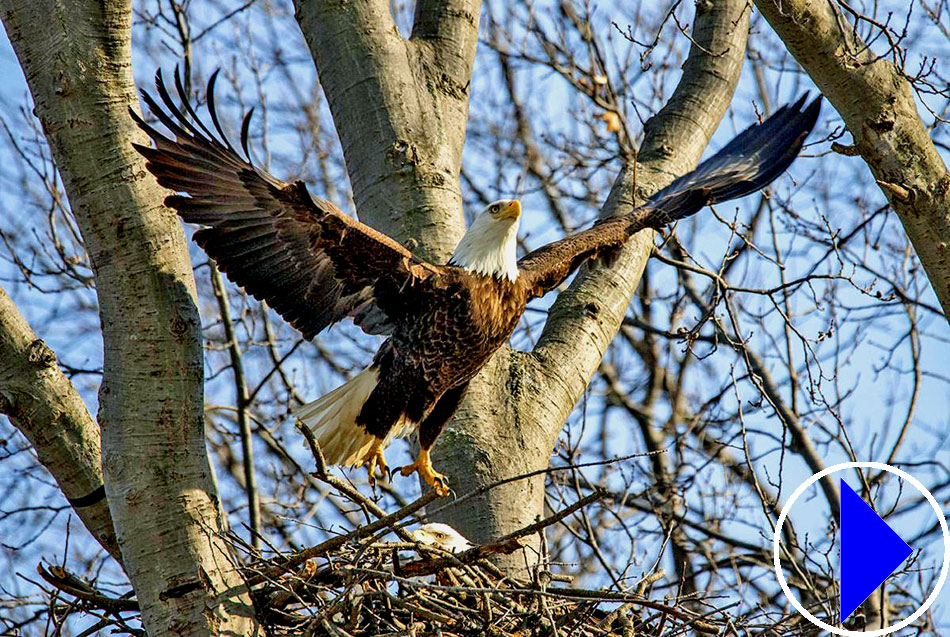 
More info: The bald eagle nest shown, is located near the Redwood Elementary School in Avon Lake. The pair of eagles were affectionately named "Stars" and "Stripes" by a group of students at the school.

The bald eagle is found in areas of marshes, swamps, and river systems throughout Ohio. Eagles have continued to recover from a low of 4 breeding pairs in 1979. In 2020, the state wide nest census recorded 707 nests throughout the state of Ohio. Bald eagles were documented as nesting in all but three of Ohio’s counties. The 2020 bald eagle nest census indicated a 150% increase in nests from the last nest census in 2012.

Along with other state and federal agencies, the Ohio Department of Natural Resources participates in an annual mid-winter survey of bald eagles. In January 2020, the Division staff counted a record-setting number of 320 immature eagles and 233 adult eagles, for a total of 553 bald eagles. That is a 26% increase over their last year’s total of 440 bald eagles.