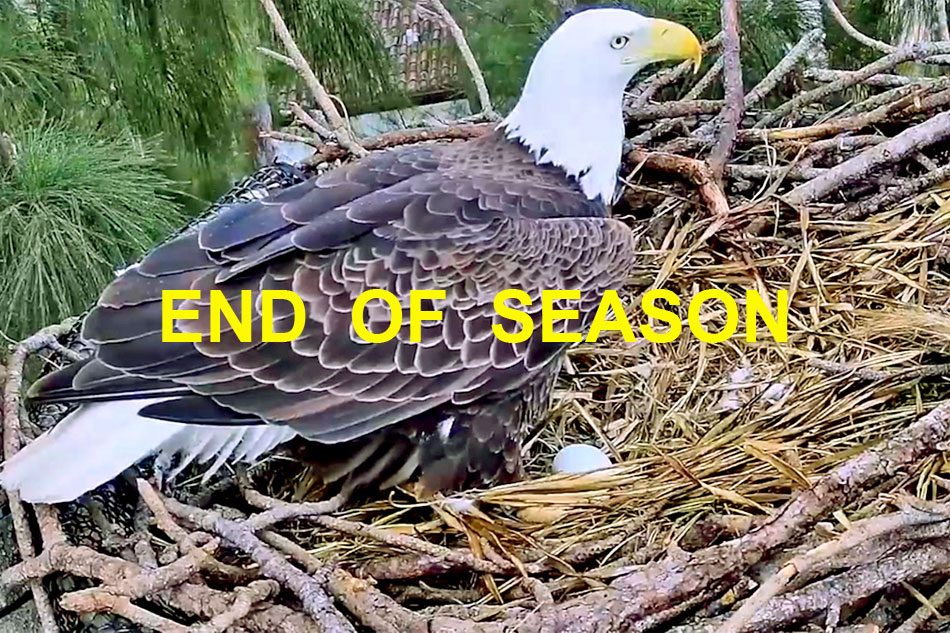 
More info: The webcam focuses on the nest of a breeding pair of bald eagles named Rita and Ron. The EagleCam is made possible by a partnership between Wildlife Rescue of Date County and ZooMiami, with the generous support of the Ron Magill Conservation Endowment

The previous nest was built in an unstable spot about 95 ft. up in an Australian (Casuarina) pine tree, and after heavy storms, it collapsed in the spring of 2021, dropping two baby eagles on the ground.

Brown and Magill obtained permission from US Fish and Wildlife (USFWS) to install the secure platform for these eagles, out of concern that the eagle pair would try to rebuild the old nest, only for it to fail again.