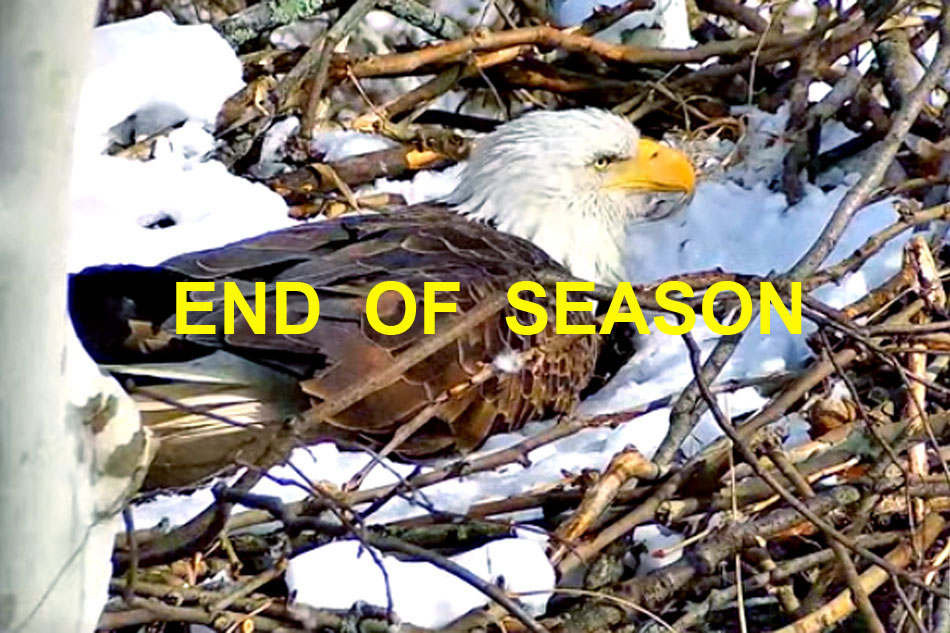 The history of bald eagles in Pennsylvania is a precarious one. In 1983, there were a mere three nests left in the entire state. Pesticides and other harmful chemicals decimated bald eagle populations . With the help of the Canadian government, the Pennsylvania Game Commission along with several other states, reintroduced bald eagle chicks from Canada back to the Northeast United States.

Generally, a bald eagle pair will return to the same territory and nest site each breeding season. This territory may cover an area greater than a square mile and include more than one nest. In Pennsylvania, bald eagles favour white pine, sycamore, red oak, red maple and tulip poplar for nesting.

In Pennsylvania, most egg sets are laid between mid-February and mid-March, with early March as the peak period. Eggs commonly hatch in April and the young fledge by the end of June or in July. Bald eagles generally have a clutch of one to three eggs with two the most common clutch size.