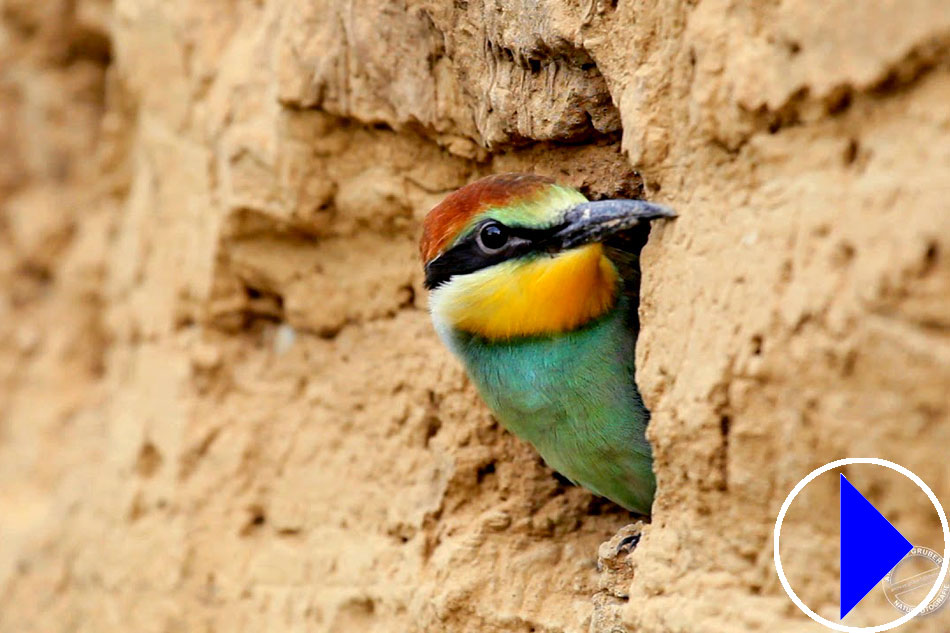 More info: The European Bee-eater breeds in Southern Europe, North and South Africa and Western Asia. The species is strongly migratory and winters in Tropical Africa, India and Sri Lanka. During the spring they move to north Africa, Europe and Asia to breed. European bee-eaters feed primarily on stinging insects - bees, wasps, hornets and similar species. The bird catches the insects on the wing, performing sallies from exposed perches. Before swallowing its prey, the bee-eater strikes it against a hard surface in order to remove the sting. One single bee eater may eat up to 250 insects per day.
European Bee-Eaters breed in colonies and they make their nests in sandy banks, usually near a river. Their nest is a relatively long tunnel and they lay 5 - 8 white, spherical eggs. Both the male and female incubate the eggs which hatch after about 20 days.