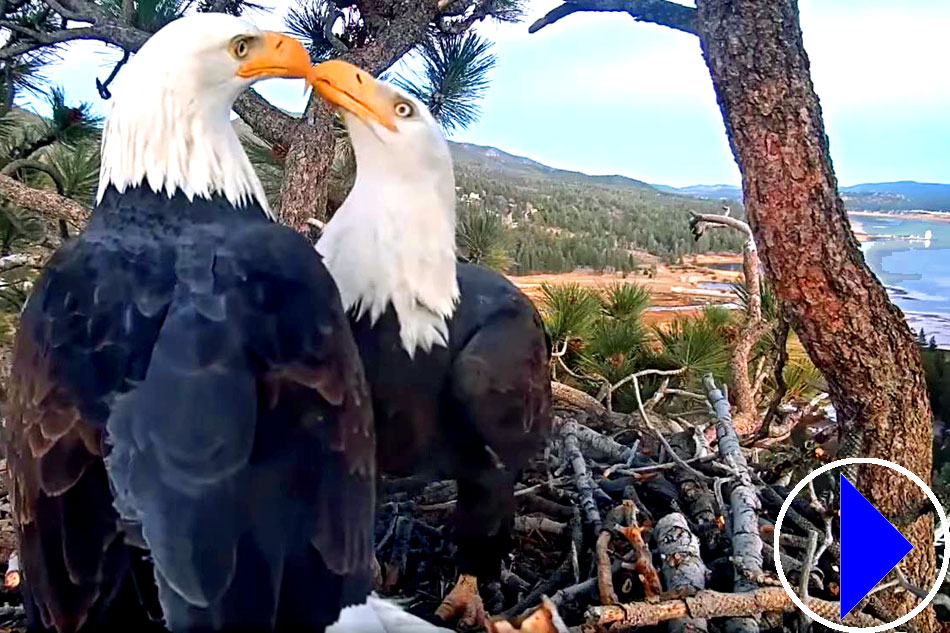 
More info: Historically, bald eagles only wintered in Big Bear Valley in order to find sources of food including waterfowl and fish which were not available further north, in the frozen lakes. In 2012 the first bald eagle chick (at least the first in recorded history) hatched in Big Bear Valley and the chick was successfully raised to fledge. Since then, about a dozen bald eagle eggs have been laid with just a fraction of them hatching and growing to maturity. Roughly 50% of eaglets survive to adulthood, making protection of their nesting habitat that much more important.

The eagle webcam was first installed in the fall of 2015 and recorded its first bald eagle nesting season in 2017.

In the season of 2020, the female bald eagle Jackie laid her eggs on January 8 and 11th. The eggs failed to hatch and were determined non-viable. After incubating the eggs for more than 60 days, in mid-March Jackie and her partner Shadow started leaving the eggs unattended for periods of time. The eggs were later broken and eaten by a raven and appeared to have been infertile.