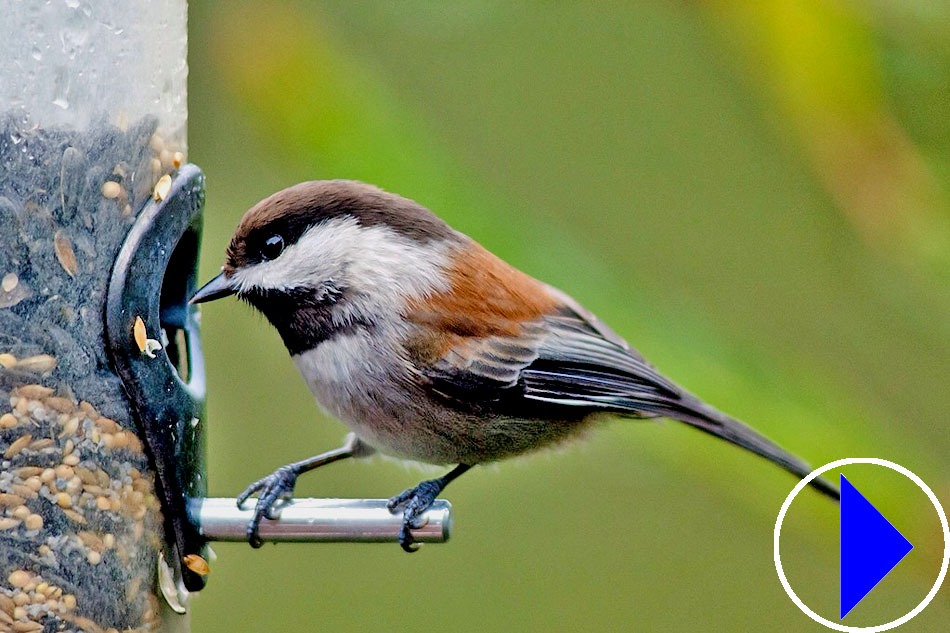 The Chestnut-Backed Chickadee is a permanent resident of the Pacific Northwest forests, ranging from central California to south central Alaska. They make their nests along streams and rivers in mature conifers, but especially in pine, cedar, and hemlock trees.

Chestnut-backed Chickadees are among the most colourful of the different chickadee species in North America and the dark chestnut back makes it easily distinguishable. They are also the smallest and shortest tailed chickadees.

The diet of Chestnut-backed Chickadees consists of insects, seeds and berries. They feed on a wide variety of insects, including caterpillars, moths, beetles, leafhoppers, scale insects, small wasps, and spiders.