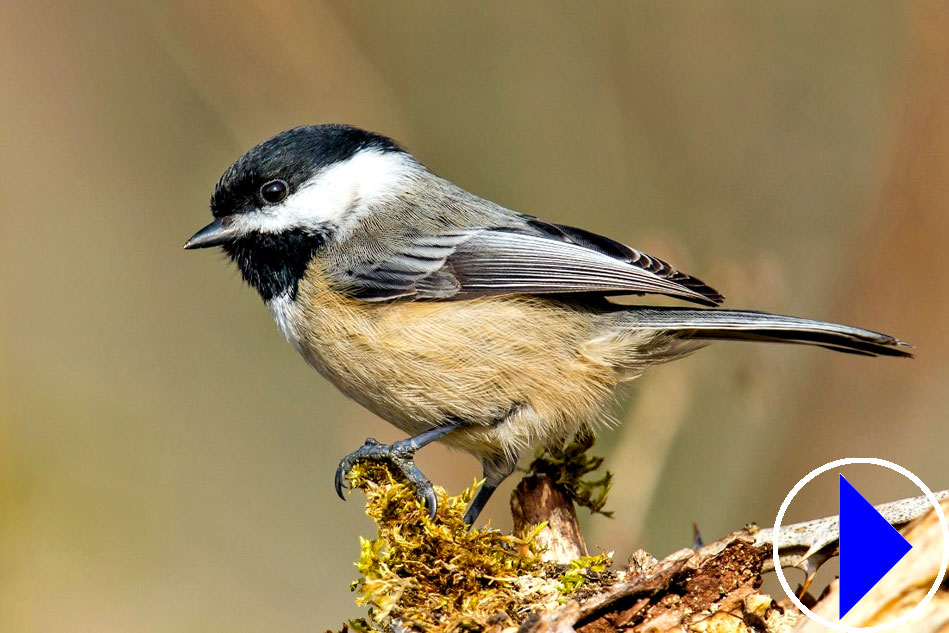 
More info: Black-capped chickadees are the most common and geographically widespread chickadee. They are so called due to the black streak that runs from their beak to over the top of their head.

Black-capped chickadees live in North America in Alaska, the southern part of Canada and the northernmost two-thirds of the US. They do not migrate unless food is scarce. Black-capped chickadees prefer deciduous woodlands, cottonwood groves, open woods and parks, and willow thickets. They are most commonly seen near the edges of wooded areas, and are frequent visitors to backyard feeders.

During the summer, chickadees primarily eat insects, and will often gorge themselves on caterpillars. They will also catch flying insects in mid-air. During the winter months, they will change their diet and primarily eat seeds and berries,

Chickadees are very easy to attract to bird feeders, and are especially fond of black-oil sunflower seed. Black capped chickadees are much more tolerant of humans being near bird feeders than other birds and will take food from a person's hand if they think the person is not a threat.

The chickadee is the state bird of Maine and Massachusets, and the provincial bird of New Brunswick in Canada.