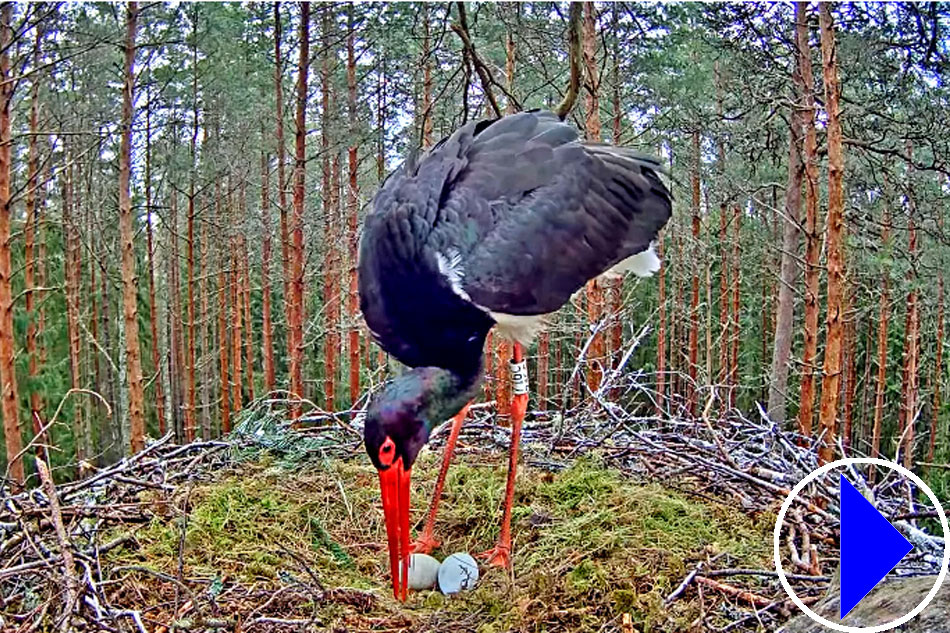 
More info: Karula National Park established in 1993, is the smallest national park in Estonia. More than 70% of the national park’s area is covered with forest.

A recently completed research by Estonian University of Life Sciences, NGO Eagle Club and Estonian Environment Agency tried to find out the factors impacting the low breeding success of the black stork that has led to its decline. Over a period of six years, automated cameras were installed close to the nests of black storks throughout Estonia in order to record events in the nest. Each year, up to twenty cameras were installed and a total of nearly 450 000 photos were analysed.

At first, the effect of predation on black stork nests was analysed, as the European pine marten was previously considered the main predator. However, the impact of predatory animals proved very low. A surprising revelation was that a third of the black stork nests in Estonia were inhabited by single birds who were unable to breed due to lack of a partner. These single storks could leave their nests and annoy breeding birds. Thus, the Black Storks in Estonia lacked partners who may have died on long migration routes or proceeded to breed elsewhere where living conditions were more favourable.

The results of the research helped clarify the ecology of factors shaping the species' range and help plan further steps to protect the black storks.