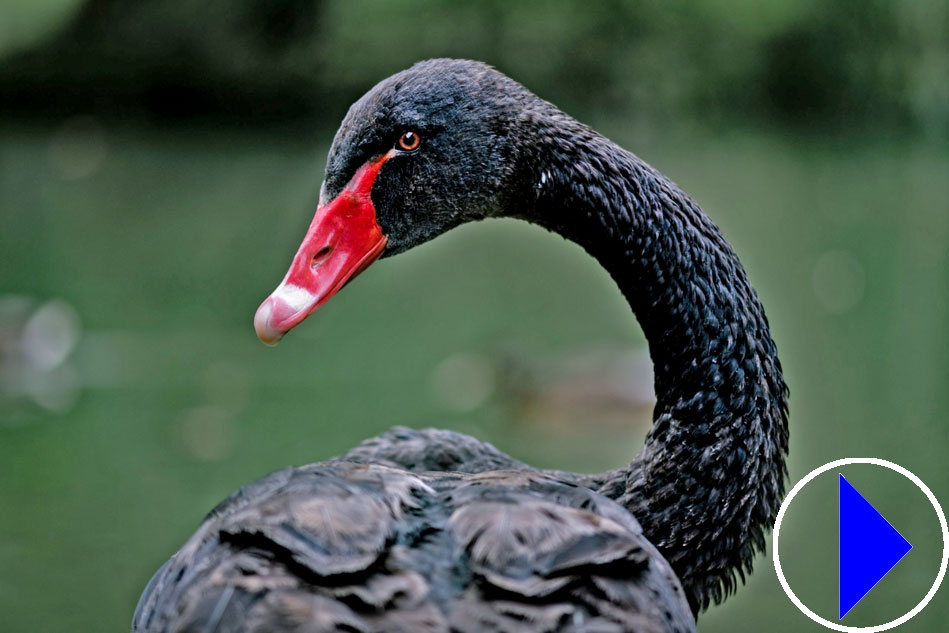 More info: Black swans have been a feature in the Devon town since the early 20th century, when the first pair were brought over from New Zealand. They are the unofficial symbol of Dawlish and a major tourist attraction.

Black swans are mostly black-feathered birds, with white flight feathers. The bill is bright red, with a pale bar and tip; and legs and feet are greyish-black. A Black swan has the longest neck, relative to its size of all swan species.