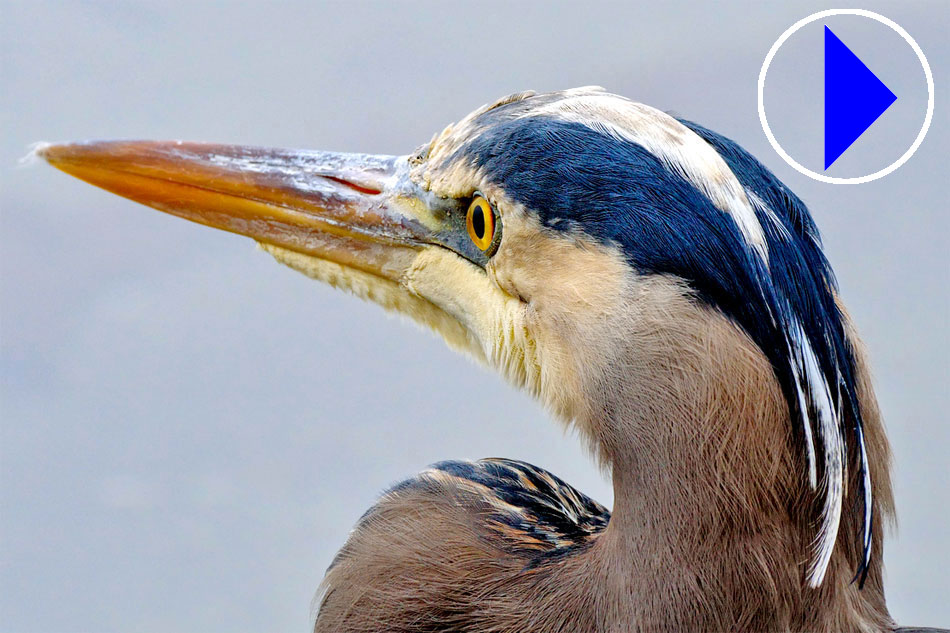 More info: Great blue herons are bluish-gray with black and white streaks on their front. They have long, slender legs and a yellow bill, a long neck folded into an S-shape when in flight, and have a black plume of feathers on their heads.

They forage for fish and other prey in swamps, salt marshes, lakes, slow moving rivers and streams, and along beaches, fields, or meadows throughout New York State. Rookeries are on islands or in wooded freshwater swamps across the state, except the coastal lowlands of Long Island. Great Blue Herons nest off the ground in stick nests they build in trees.

Great blue herons are most active during dusk and dawn; they are abundant throughout the breeding season (mid-April to late-June) and the summer. Most migrate for the winter. Some will remain where there is open (unfrozen) water for foraging, such as along the lower Hudson River and the coast of Long Island.