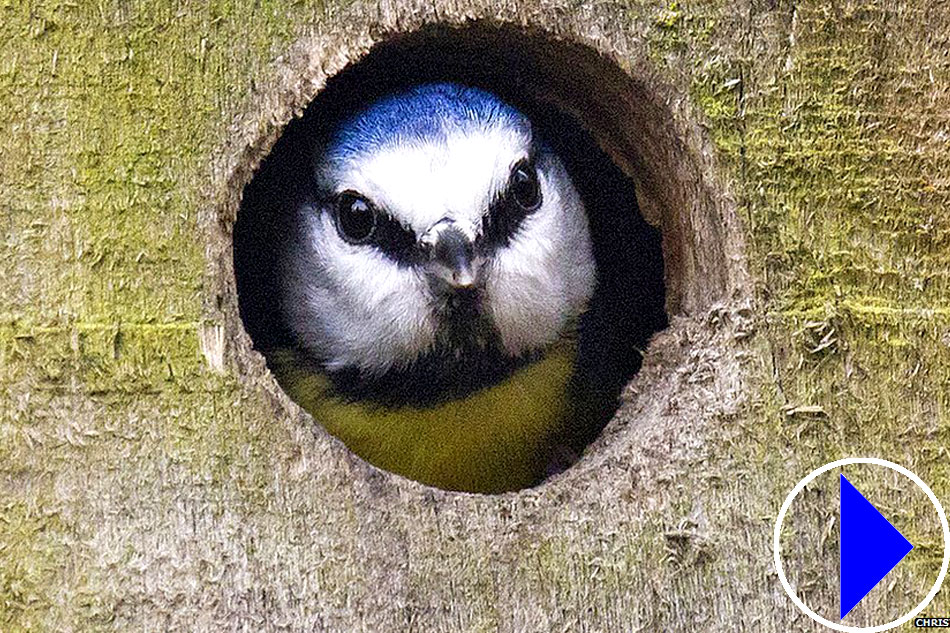 
More info: Blue tits are common and widespread throughout the British Isles and have increased in numbers in recent years – most likely helped by the provision of nesting boxes and supplementary feed. The colourful mix of blue, yellow, white and green makes the blue tit one of the most attractive and most recognisable garden visitors in the UK.

British blue tits are strictly resident, seldom moving far from where they hatched. Studies have shown that only 1.2% of the population moves more than 20km during the winter. In northern Europe, blue tits are a partial migrant, and these birds occasionally arrive on the east and south coast of England.

Though the typical nest site is a hole in a tree, blue tits have been recorded nesting in a great variety of situations, from letterboxes to street lamps and is happy to use nest boxes. Once a nest site is located, blue tits will begin building a nest out of moss, hair, leaves, feathers and spider webs. Though blue tits will lay repeat clutches if their first is lost, they rarely try and rear two broods. A blue tit egg weighs 1 gram, a tenth of its mother's total body weight. Clutch size varies a lot but generally ranges from 7-13 eggs. The breeding season usually starts in the third week of April.