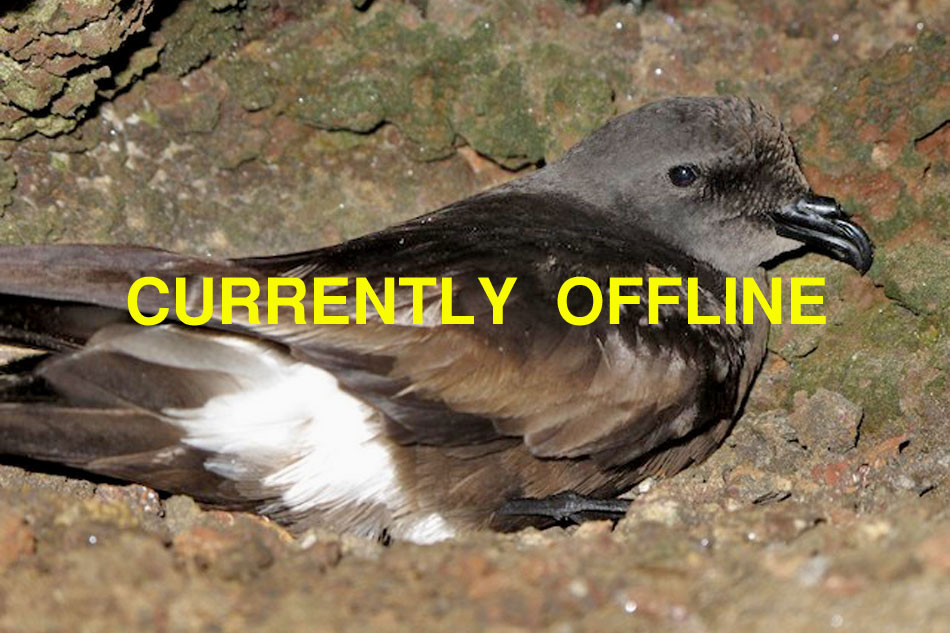 More info: The Cape Verde petrel, also locally known as the Gongon is an endemic seabird species from Cabo Verde. Little is known about the Cpae Verde due to its secretive behaviour of coming to land only at night and because it breeds in hidden burrows in rocky areas difficult to access on the islands of Santo Antão, Fogo, São Nicolau and Santiago.

The nests of the Cape Verde petrel are susceptible to predation by feral cats and rats as well as being threatened by human harvesting, loss of habitat and light pollution. Moreover, the petrels can be susceptible to offshore threats, such as by-catch, habitat disturbance and marine pollution.

Since 2007, the University of Barcelona has been studying the Cape Verde petrel on Fogo island, in close collaboration with Associação Projecto Vitó. During all these years, 360 adults and 49 chicks of petrel have been ringed. This information is essential for capture-recapture studies, which allow them to assess the population size and trend of the species, as well as determining its adult survival rate.

It has been crucial to identify the nesting areas of the petrels to minimize the threats to which it is exposed. A huge effort has been made to locate the maximum number of nests on Fogo island, as well as on the other islands where the species breeds. This year (2021) more than 100 Cape Verde petrel nests have been identified on Fogo island.