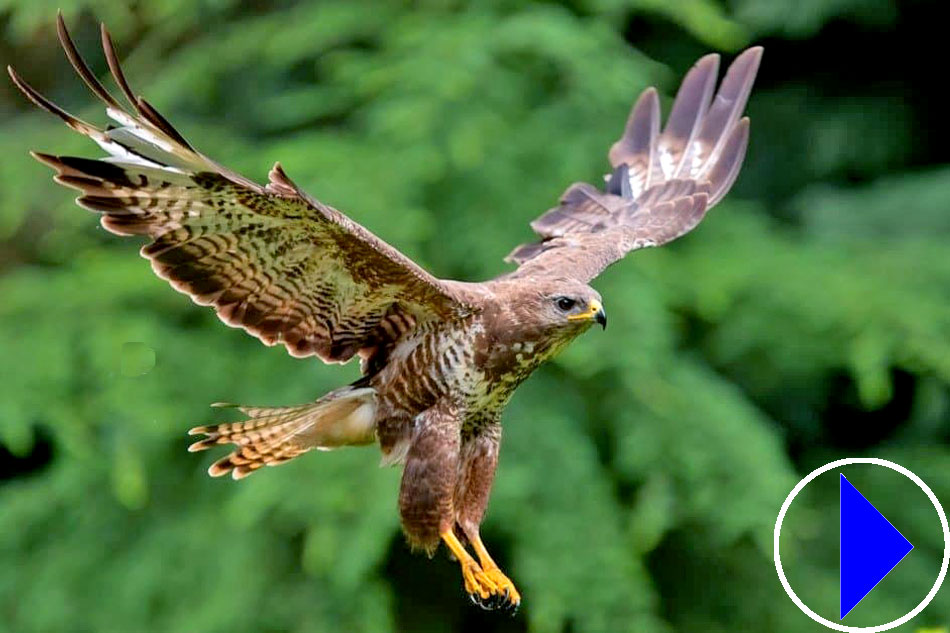 More info: The range of the common buzzard covers most of Europe and extends into Asia. It is usually resident all year except for in the colder of its range where it migrates south with many going as far as South Africa.

Common buzzards are very territorial, and, though rare, fights do break out if one bird strays on another pair's territory.

The breeding period for common buzzards starts with display in March with eggs being laid in April and the young fledging in July, although the young birds will remain close to the nest site beyond that time.

The common buzzard hunts over open land. Its diet consists of mainly small prey, such as insects, rodents, small birds and eggs. It may also take prey heavier than itself, such as adult grouse, and rabbits. It may be seen walking over recently ploughed fields looking for worms and insects and perching on fences and posts by the roadside waiting for ‘road-kill’.