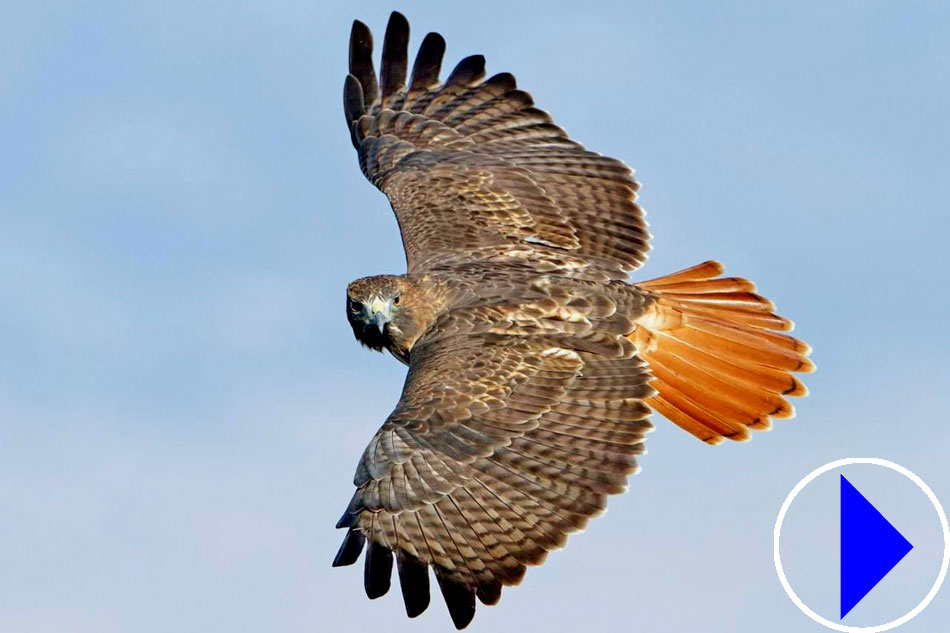 
More info: At the nest site, Big Red and her previous mate, Ezra, successfully raised chicks each year from 2012–2016. Ezra died in March 2017 and Big Red started spending time with her new mate, Arthur. 2018 marked the first successful breeding season for the new pair. Big Red is noticeably larger, than Arthur, with a darker head, nape, and throat. She has a numbered band on her right leg. Arthur, was named in honour of the founder of the Cornell Lab, Arthur A. Allen. He is unbanded, has brighter eyes, and a paler chest, head, and nape than Big Red.

Red-tailed hawks may or may not use the same nest from year to year. A pair of breeding birds may have a few nests in their area and may fix up two or more nests for the breeding season before they finally settle down and choose one. Pairs usually stay together for life but if one bird dies the survivor will look for another mate.

Red-tailed hawks usually lay one clutch of eggs each year consisting of one to four eggs. Research shows that in the United States and Canada, clutch size appears to increase from south to north and from east to west. There is some evidence that the number of eggs produced depends on food supply. The Cornell hawks have laid three eggs each year. If an egg is damaged the parents usually continue to incubate the remaining eggs and if the whole clutch is damaged - early on in the season - they will often lay another clutch

Red-tailed Hawks typically lay an egg once every two or three days until their clutch is complete. They start incubating as soon as the first egg is laid and continue for around 28 to 35 days and both parents share incubation. Red-tailed hawks usually leave the nest at about 42-46 days after hatching. The young hawks will typically stay in the area and their parents will continue to feed them for several weeks to months.