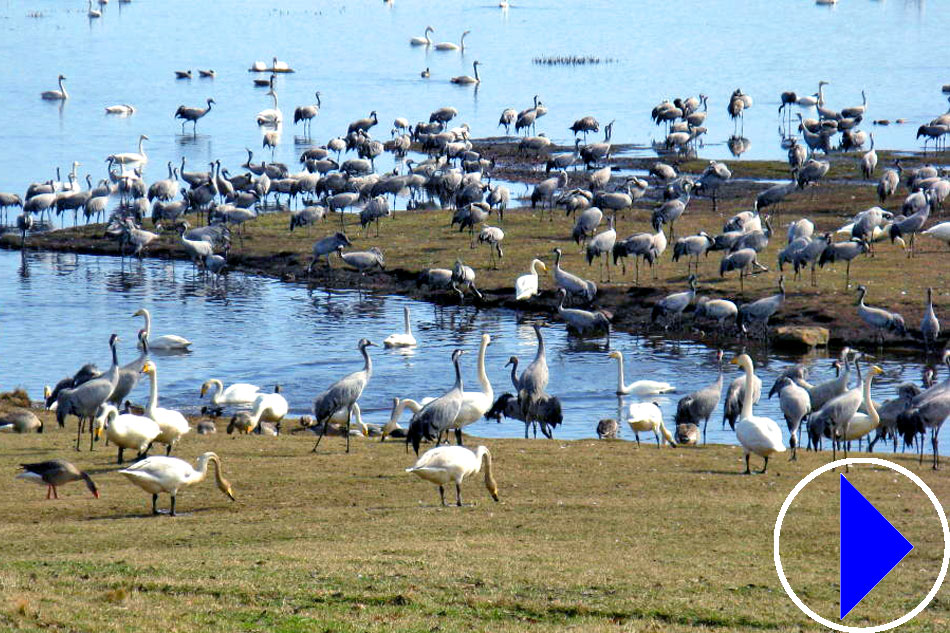 LIVE WEBCAM WITH CRANES IN SWEDEN

More Info: Lake Hornborga in West Gothland, is one of the most important lakes for birds in Sweden and is well known for the thousands of cranes which gather there to dance.

The first flocks of cranes arrive at Lake Hornborga around the middle of March. Normally the cranes can be seen until the end of April, when they fly further north to their breeding grounds. The peak of the crane season is usually at the beginning of April.

The cranes spend the winter in north Africa, Spain, or Germany.