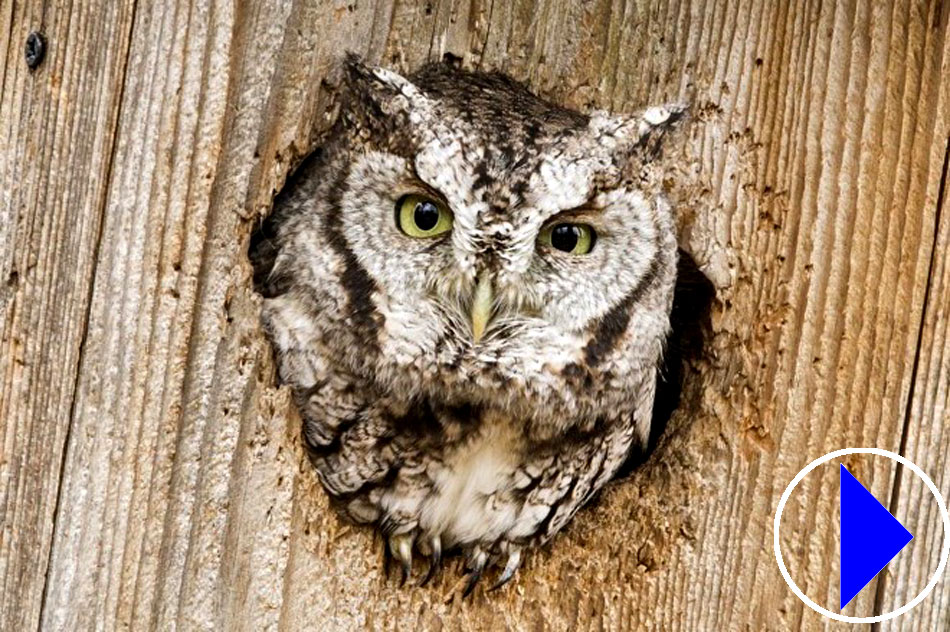 More info: The eastern screech owl occurs east of the Rocky Mountains, where they are permanent residents of both rural and urban habitats from south of the Canadian boreal forest to near the Tropic of Cancer in Mexico.

Eastern screech owls are found in almost all habitats below 1500 meters, including urban, suburban and heavily forested areas. The eastern screech owl easily adapts to human presence and will use bird boxes for nesting. They try to avoid areas known to have regular activity of larger owls, especially great horned owls. Their ability to live in heavily developed areas outranks even the great horned owl and certainly the barred owl. The eastern screech owl is so well adapted to modern living that it can be found in suburban neighbourhoods, and city parks. They have been reported living and nesting in spots such as along the side of a busy highway and on the top of a street light in the middle of a busy town square. Because of this, their diet will often contain species that live close to man such as house sparrows and house mice.

Eastern screech owls of the suburbs may fledge more young than their rural counterparts, probably because their predators are more scarce than in the suburbs.