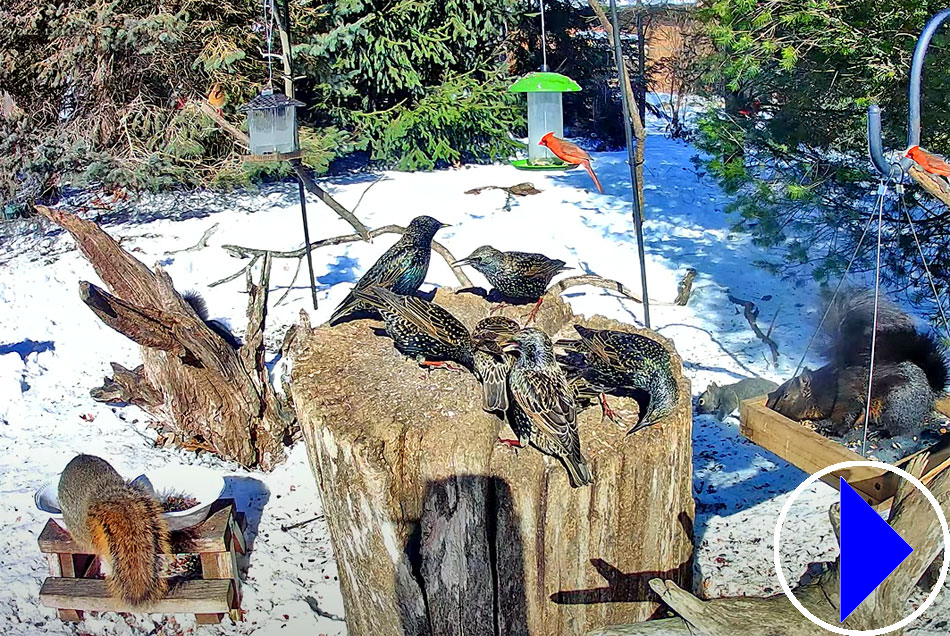 The American Robin is a colourful resident with gray and brown wings and a distinctive orange belly, with a white patch just under the tail which you can spot easily if you’re looking for it and especially when the bird is in flight. The robin has a graying-black head with a white ring around the eye.

The Red-bellied woodpecker is an attention-getter, with its exotically patterned black and white striped wings. It also has a small, stout tail of the same coloration which helps to hold it stiffly against trees whilst it pecks and hammers on trees.

The white-breasted nuthatch has blue and gray wings and tail with black accenting and a white breast and underbelly. Often the underbelly will display a distinctive brown marking and the underside of the tail is white.

House Sparrows, like many birds, have some color variation by gender. Both male and female House Sparrows have brown and black striping on their wings but males have brighter coloration altogether.

Mourning doves are light grey and brown and generally muted in colour. Males and females are similar in appearance. Plump-bodied and long-tailed, with short legs, small bill, and a head that looks particularly small in comparison to the body. The long, pointed tail is unique among North American doves.