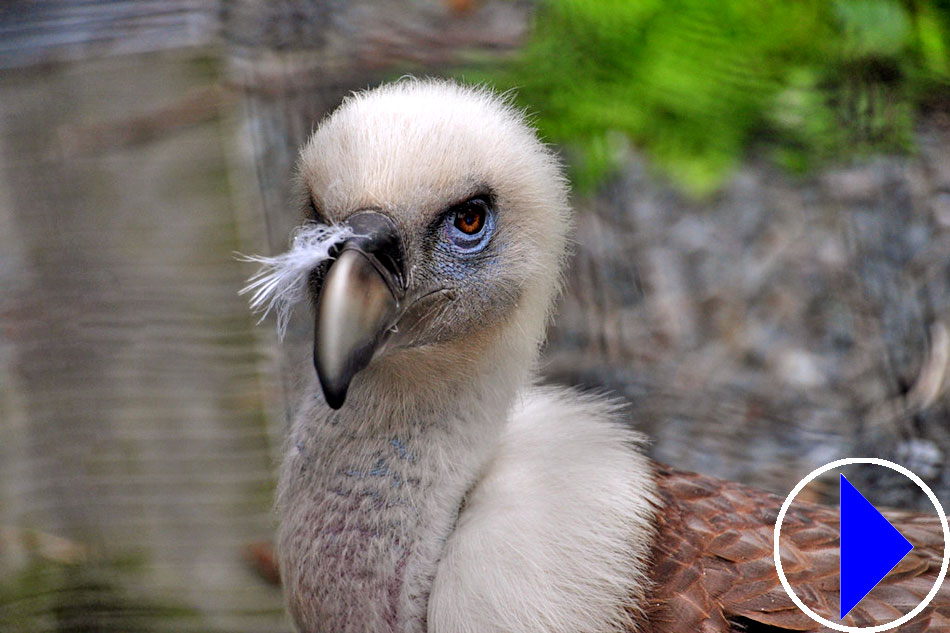 
More info: The live webcam shows a pair of Griffon vultures which were born at the Gamla Nature Reserve, in the year 2000. The pair are disabled due to the bone disease called rickets. The griffon vulture nestling shown, hatched on May 23, from another vulture pair at the Jerusalem Biblical Zoo and then it was transferred by the Israel Nature and Parks Authority to this nest, in order that it could be raised in the wild. The vulture pair built a nest in a specially built structure that is “handicapped accessible”, allowing the parents to climb up easily to the location.

Until the late 1950's hundreds of pairs of Griffon Vultures bred all over the country from the extreme north to the Eilat Mountains. In the early 2000's only around 120 pairs bred and today less than 60 pairs remain. Now these endangered raptors are being reared in captivity before being released in the desert with tracking tags.