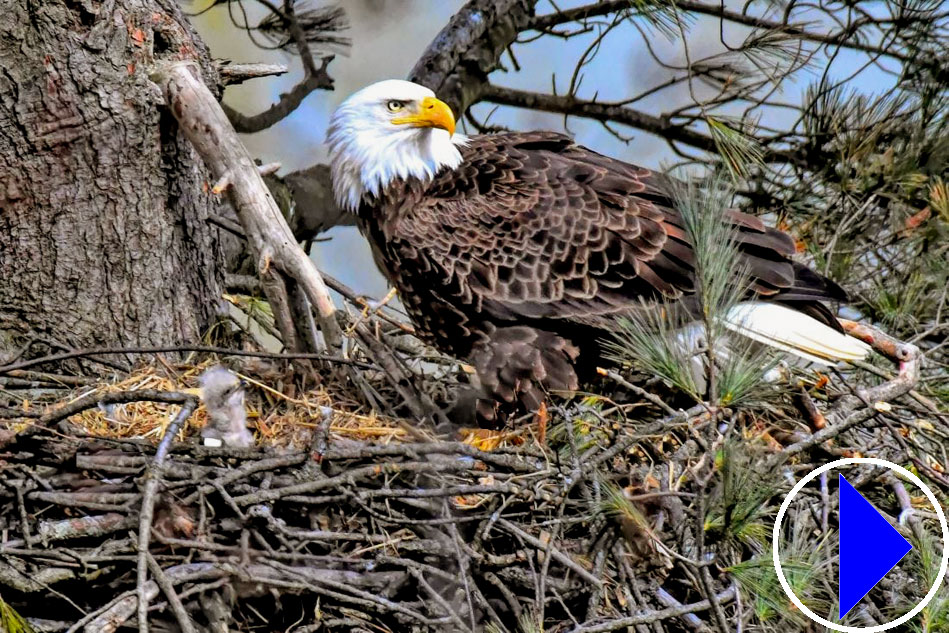 
More info: The Bald Eagle nest is alongside the Monongahela River near where the famed Carnegie Steel Homestead site once existed. Industrialization beginning in the 19th century led to extensive unregulated pollution of the rivers, which in turn, decimated the fish populations that eagles fed upon. For example, during a survey on the Monongahela River in 1967, one scientist could find only one bluegill. As efforts to clean the waterways took effect over the past 30 years, 76 species of fish have since been found in the Monongahela.

Experts say it has probably been more than 250 years since Bald Eagles last nested along Pittsburgh's three rivers. As recently as the mid-1980s, there were only a few nesting Bald Eagle pairs in Pennsylvania. Today, Pennsylvania boasts more than 250 bald eagle nests.

The Hays bald eagle pair first started nesting along the Monongahela River in Pittsburgh in 2013. A nest was observed by workers at the Keystone Iron and Metal Company. The pair successfully hatched one eaglet but on June 6, 2013 a strong storm blew the nest down and the parents successfully fledged the eaglet on the ground. The following year the Hays eagle pair built a new nest in the location it is today. A camera was installed on this new nest in December of 2013.

PixCam, based in Murrysville, developed the first webcam on the Hays nest in 2014. Audubon and PixCams sponsor the live, 24-hour webcam on the birds.