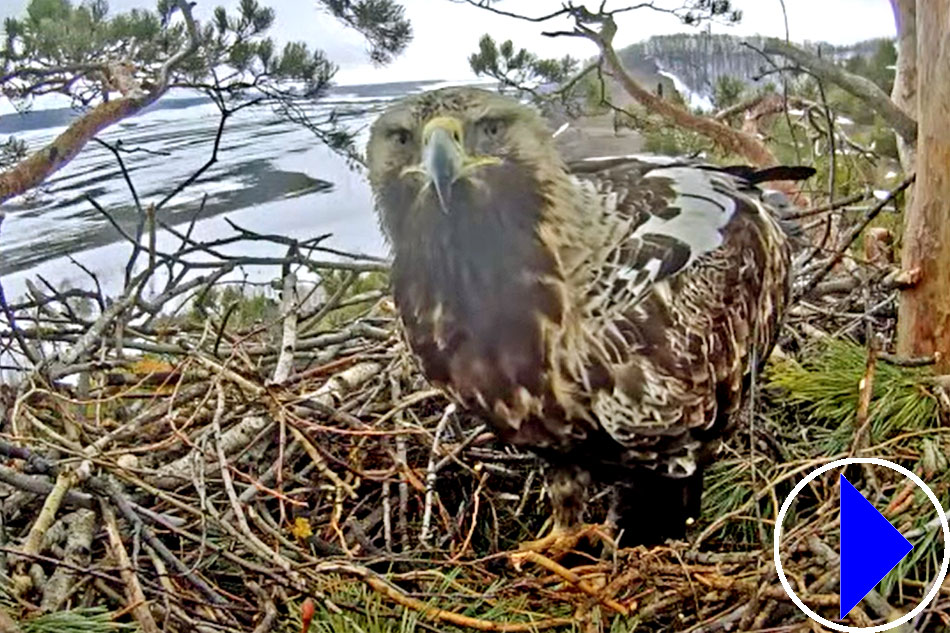 The Imperial Eagle is predominantly a lowland species but has been pushed to higher altitudes due to persecution.

The Imperial Eagle builds a large stick nest on the tops of tree and very occasionally on electricity pylons. Eggs are generally laid late March or early April. The female normally lays two eggs but occasionally up to three or four. The eggs are incubated by both parents, for around 43 days. The young are ready to fly at around 60 days but remain around the nest for another 2 to 3 weeks being fed by the mother, until they are able to hunt for themselves.

The diet of the Imperial Eagle consists primarily of small to medium-sized mammals. It will also consume reptiles, including some deadly snakes such as Russell's viper, as well as young magpies, waders, rodents, and ducks. It may sometimes eat carrion including lambs that have previously died.