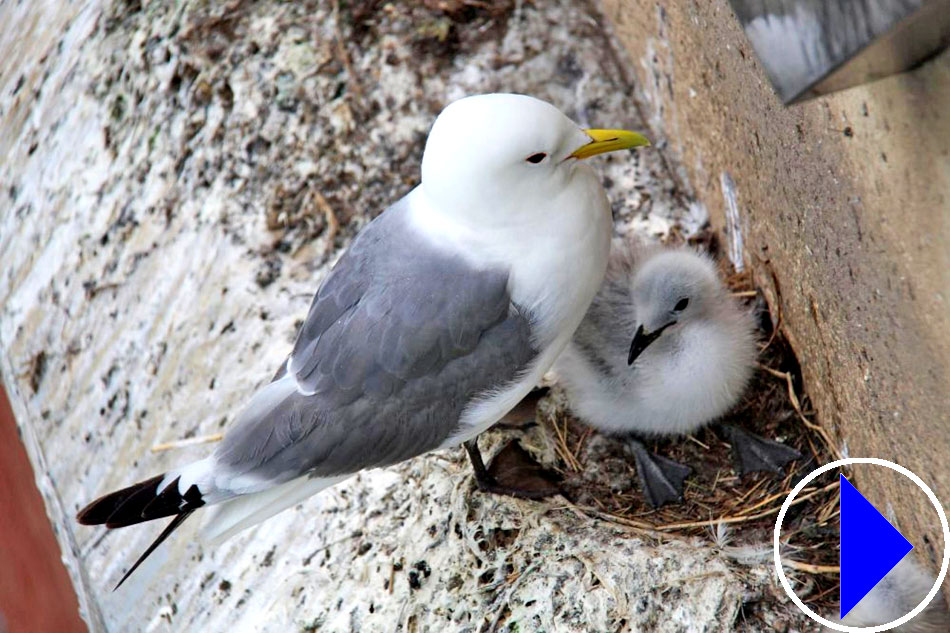 
More info: The River Tyne is home to an important breeding population of around 800 pairs of Kittiwakes. Around 600 of these pairs are at Newcastle-Gateshead Quayside. The Kittiwakes that breed along the Tyne nest on man-made structures, including old buildings.

Kittiwakes spend most of the year out at sea, travelling as far away as Canada, but every March they return to the Tyne area to breed. Male kittiwakes often come back to the same site where they were born.

Kittiwakes nest in large, dense, noisy colonies, usually on narrow ledges on sea cliffs around the coast. They first appeared inland at the Tyne in the 1960s and this colony seems to prefer urban life to a coastal setting. The Tyne Kittiwakes create an amazing wildlife spectacle in the heart of the city.

Kittiwakes build their nests around 30-60cm apart on narrow ledges, and the birds defend their nest and its immediate surroundings against intruders. The Kittiwake’s nest consists of a platform made up of mud and vegetation, with a cup on the top to contain the eggs. Both the male and female build the nest, often on top of an old existing nest. Two to three eggs are laid between mid-May and late June with incubation taking around 4 weeks. Both parents share the care of the chicks which are fed a diet of regurgitated fish.

The kittiwake chicks usually fly at 42 days old and then leave the nest a week later. The birds leave the Tyne in August returning to the sea to spend winter, until the following spring.