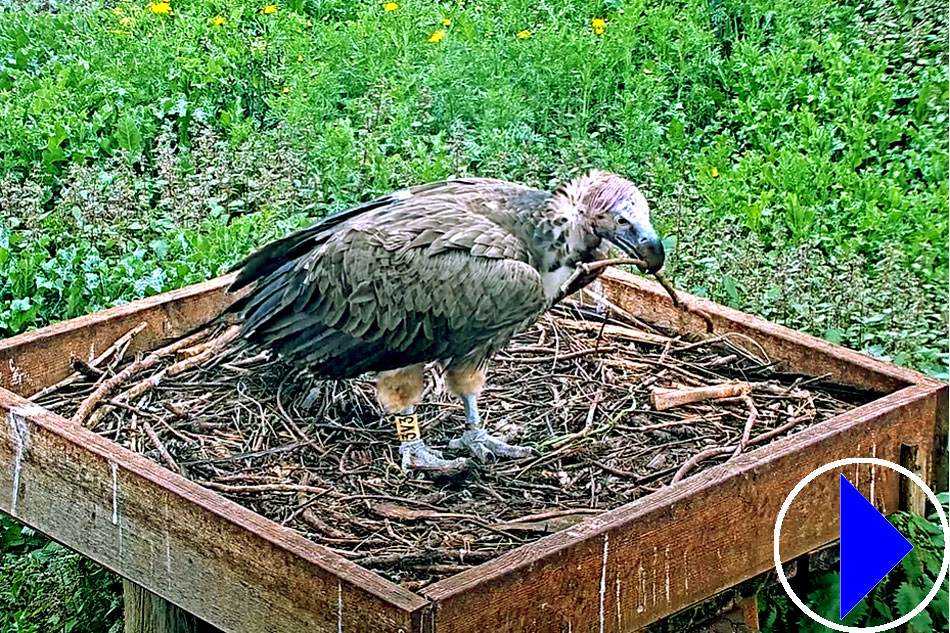 
More info: The lappet-faced vulture is a critically endangered species and the pair shown on the webcam are thought to be the last known pair in Israel!
The camera was installed and is maintained by the Charter Group of Wildlife Ecology (The Shamir Research Institute and the Department of Geography and Environmental Science of the University of Haifa) and funded by a private donor.

The lappet faced vulture has mainly dark feathers, a heavy head and massive bill and is easily recognised by its bare pink head and large fleshy folds of skin on the sides of its neck.

It is mainly a scavenger, feeding predominantly on any large carcasses or their remains. It is also known to hunt, probably taking a variety of small reptiles, fish, birds, and mammals.

The lappet faced vulture may be found in open areas of Sub-Sahara Africa, Saudi Arabia, Yemen, and Oman. The bird mainly inhabits semi-arid or desert areas with only scattered trees and short grass.