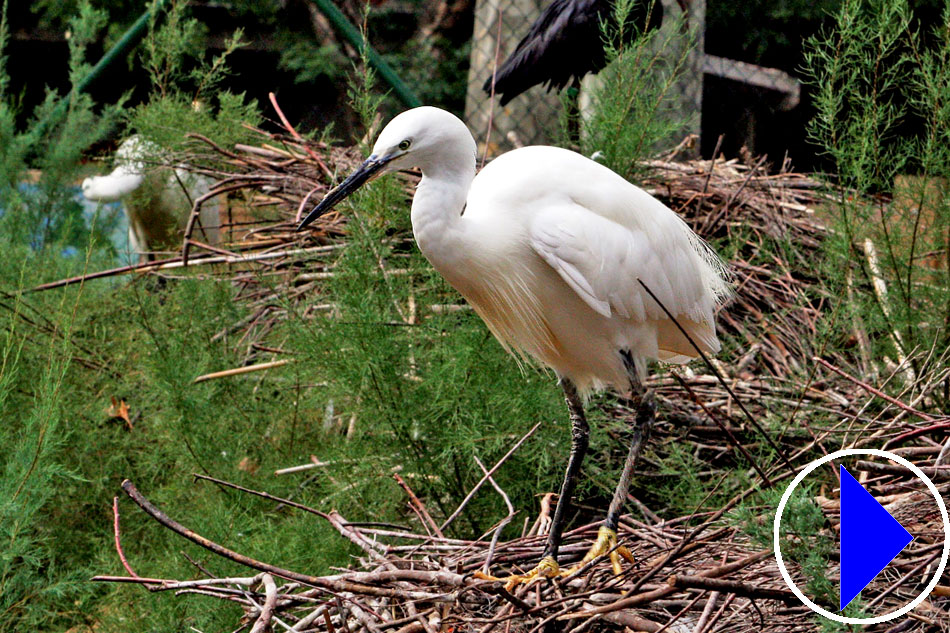 The little egret is a small white heron which first appeared in Great Britain in significant numbers in 1989 and first bred in Dorset in 1996. Its colonization followed naturally after a range expansion into western and northern France in previous decades. The little egret is now at home on numerous south coast sites, both as a breeding species and as a winter visitor. It is also found on the east coasts of England and in Wales.

The estuaries of Devon and Cornwall, Poole Harbour and Chichester Harbour hold some of the largest concentrations and they are also common in East Anglia. They are an increasingly common sight in inland areas too and are gradually increasing their range northwards.

The little egret is a white colour with black legs and yellow feet. It has a dagger-like black bill and long plumes on its head and neck during the breeding season. During this time, the bare skin between the bird’s bill and eyes, normally blue, turns red.

The little egret eats small fish, insects, amphibians and worms. It will stride through shallows kicking its feet in order to upturn food, or will wait motionless to ambush fish. Small reptiles and birds are also eaten on occasion.

Little egrets nest in colonies with the nests usually in the form of a platform of sticks built in trees, shrubs, or reeds. The female lays 3-4 greenish-blue eggs, which both adults will take turns in incubating for a period of 21-25 days. The fledgling period for the young is 50-55 days, during which time they are cared for by both the adults.