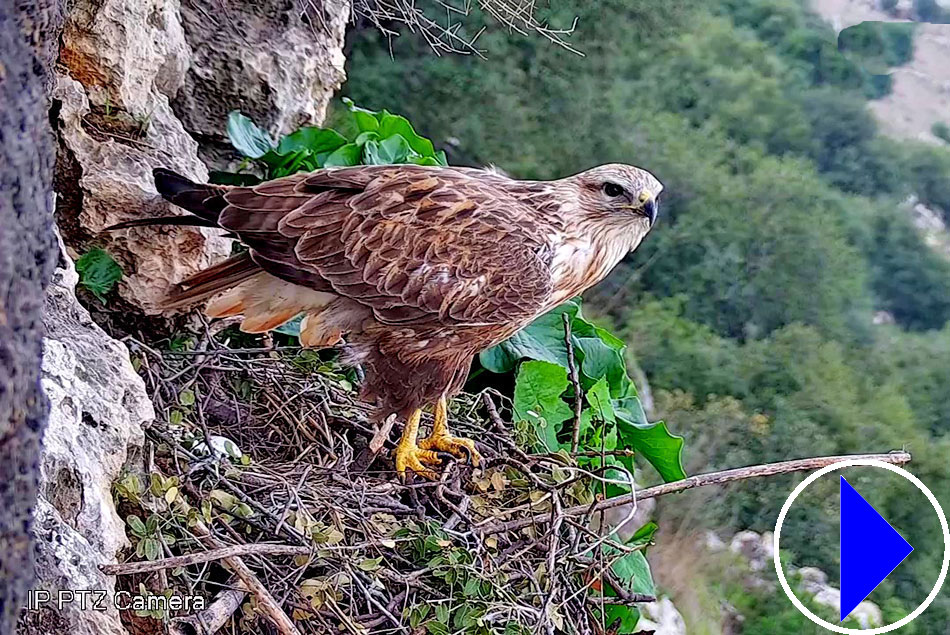 
Info: The Israel Nestcam project is a cooperation of the Society for the Protection of Nature in Israel (SPNI), The Nature and Parks Authority (NPA), Hoopoe Foundation, The IDF, Kfar Etzion Field School and researcher Guilad Friedemann.

Buzzards, found mainly in northern Israel, are highly sensitive to disturbance while preparing their nests and the slightest interference, even from hundreds of meters away, can prompt them to desert. The cameras provide an unobtrusive way of following their behavior.

The long-legged buzzard is found from northern Africa and eastern Europe eastwards through Turkey, southern Russia and Iran to Mongolia and northern India. In Europe it is found in the south-east with most pairs in Russia, Bulgaria, Greece and Turkey. The long -legged buzzard is being seen increasingly in the south of Spain, where it is now breeding in small numbers. The most north-western pairs breed in Hungary.

The Long-legged Buzzard occurs in semi-desserts, deserts, steppes and also in low mountain ranges with a high amount of forests. They are sometimes found in croplands and along the coast.

The long-legged buzzard feeds mostly on small rodents, although it will also take lizards, snakes, small birds and large insects.