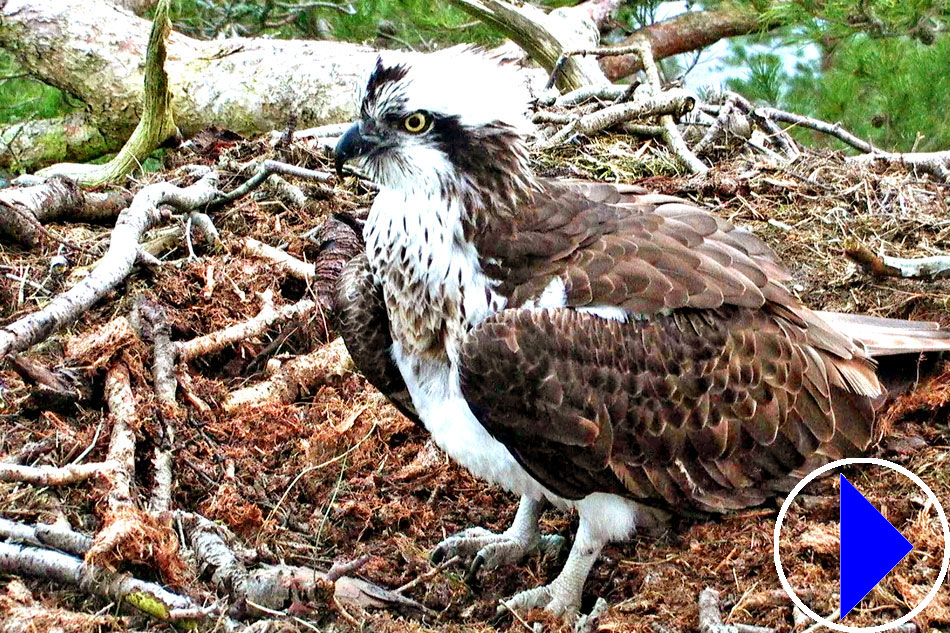 LIVE OSPREY WEBCAM AT LOCH OF THE LOWES, SCOTLAND


More info: Loch of the Lowes Visitor Centre and Wildlife Reserve covers 130 hectares and is located 16 miles north of Perth and 2 miles north east of Dunkeld. The ospreys appear around early April and remain until late August before they make the remarkable 3,000 mile migration to sub-Saharan Africa. The osprey nest at Loch of the Lowes is just 150 metres from an observation hide which provides visitors with some incredible viewing.

Ospreys used to inhabit most parts of Britain but were persecuted during the Victorian era mainly by egg and skin collectors. In 1840, the osprey became extinct as a breeding bird. It is generally considered that the species was absent from Scotland from 1916 to 1954, although there is some evidence ospreys continued to breed in Strathspey in the 1930s and 40s.

In 1954 Scotland was re-colonised naturally by Scandinavian birds and a pair has nested successfully almost every year since 1959 at Loch Garten Osprey Centre in Abernethy Forest Reserve. The Osprey Centre at Loch Garten in the Scottish highlands, has become one of the most well-known conservation sites in the UK.

By 1976, the breeding population of ospreys had reached merely 14 pairs – the slow increase due to contamination of the food chain by organochlorine pesticides and the activities of egg collectors. To protect the birds and increase their survival rates, "Operation Osprey" was launched and the birds had round the clock protection. Fifteen years later, in 1991, the number of pairs had increased to 71. In 2001, 158 breeding pairs were located, mainly in Scotland. In 2011 the RSPB estimated there were between 250 and 300 nesting pairs in Great Britain.

Suitable habitat for osprey nest sites has to have mature trees that will support the very large eyrie. As these are not always naturally present, over the past few years various organisations have set up a number of artificial nest platforms across Scotland, to encourage ospreys to breed in those areas.

Loch Garten, Dyfi and the Highland Foundation for Wildlife have fitted satellite trackers to some osprey chicks to improve understanding of migratory behaviour. The exact location of many osprey nests is not widely disclosed due to the risk of eggs being stolen by egg collectors which, despite being made illegal in 1981 under the Wildlife and Countryside Act, continues to present a threat to rare nesting birds.