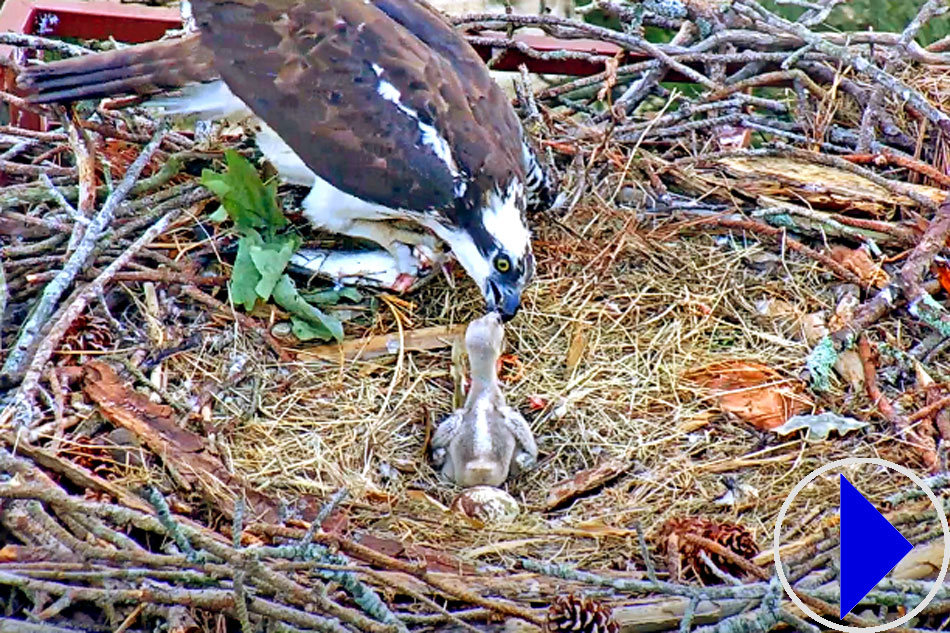 
More info: The osprey's breeding range extends from Alaska east to Newfoundland and south to Arizona and New Mexico. It also breeds along the Atlantic coast to southern Florida and the Gulf coast. Wintering grounds are north to California and South Carolina and south to Mexico and Chile.

Due to the diet of ospreys being fish, they must nest in the vicinity of water. The majority of ospreys in the United States are found in marine environments, but they are also found nesting along rivers, lakes, and reservoirs.

Ospreys are specialized for catching fish: their legs are long and equipped with large, curved talons and the undersurface of the toes is covered with short spines, or spicules, that allow the bird to hold on to slippery fish. The plumage is dense and oily and enables the osprey to be able to dive into the water to catch its prey.