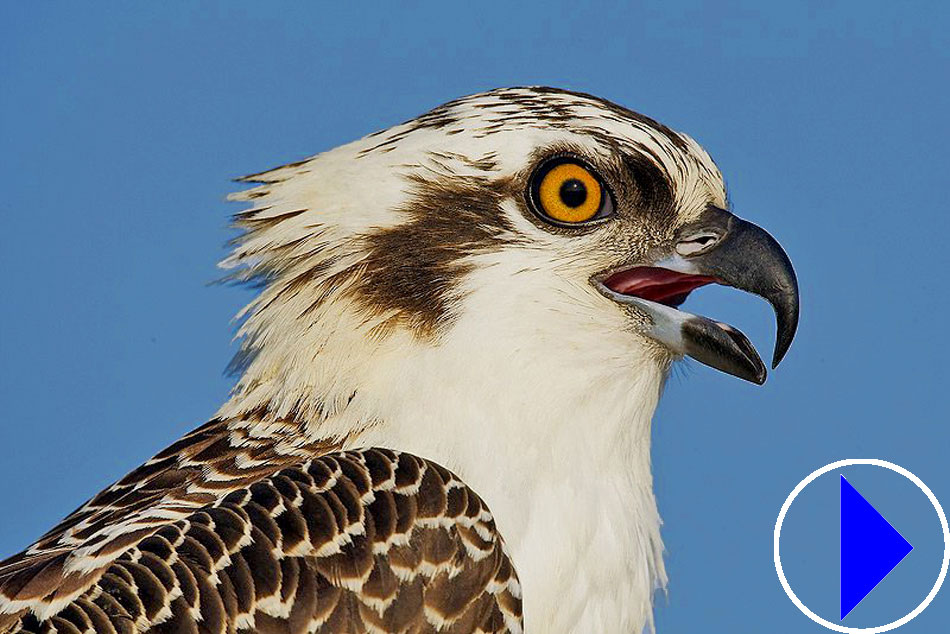 More info: Sarasota Bay is a lagoon located off the central west coast of Florida. In Florida, nesting begins from December in the south to late February in the north. The osprey is found year-round in Florida both as a nesting species and as a spring and fall migrant passing between more northern areas and Central and South America.

Male ospreys will attract a mate by “sky dancing” over a nest. Ospreys will fly hundreds of feet up and dive down quickly, repeating this action several times. In migratory osprey populations, males and females arrive at the nest site separately, the male often arriving several days earlier than the female. This courtship display not only serves to attract their mates but also to threaten any intruder.

Both male and female ospreys build the nest using sticks for the outside and softer materials like seaweed and grasses for the lining. They often also include rubbish that they find laying around, such as fishing line and plastic bags. Osprey pairs use the same nest year after year, so returning pairs do not need to build a nest from scratch but they will have to spend some time doing repair work before egg laying.

Ospreys are normally monogamous. One male mates with one female, and mating pairs stay together until one of them dies.