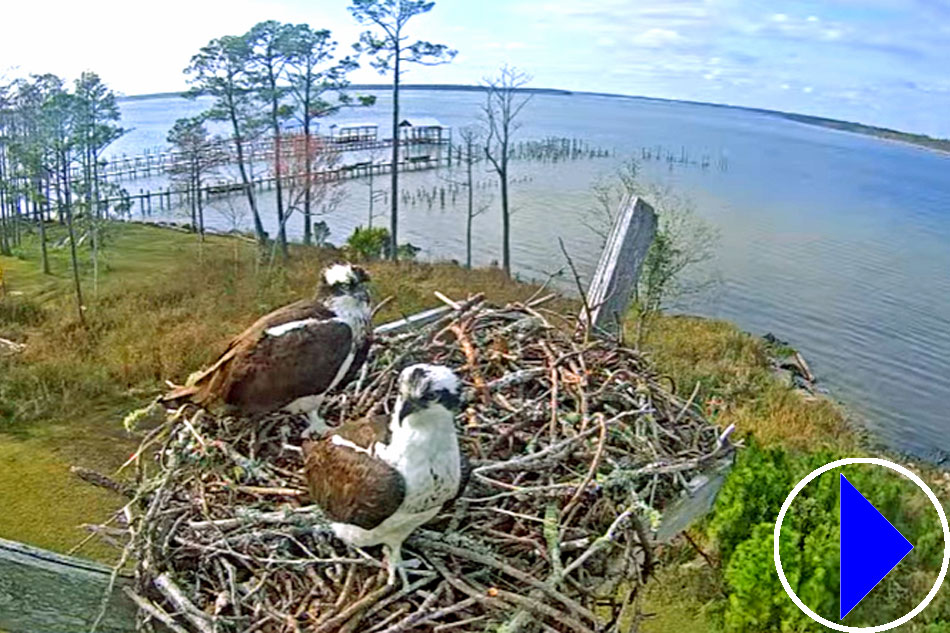 
More Info: This osprey nest webcam is made possible by the City of Orange Beach with contributions from our partners The Nature Conservancy and Alabama Coastal Foundation.

Wolf Bay is located at Orange Beach which is a small city on Alabama's Gulf Coast.

Ospreys, along with great horned owls and red-tailed hawks, are among the Alabama Gulf Coast's largest commonly seen birds of prey. The nesting season for ospreys in Alabama runs from March to September. Ospreys in Alabama are year-round residents.

A pair of ospreys generally mate for life. They build a nest and establish a territory in their first year together. The birds come back year after year and in some instances, multiple generations of birds will use the same nest.