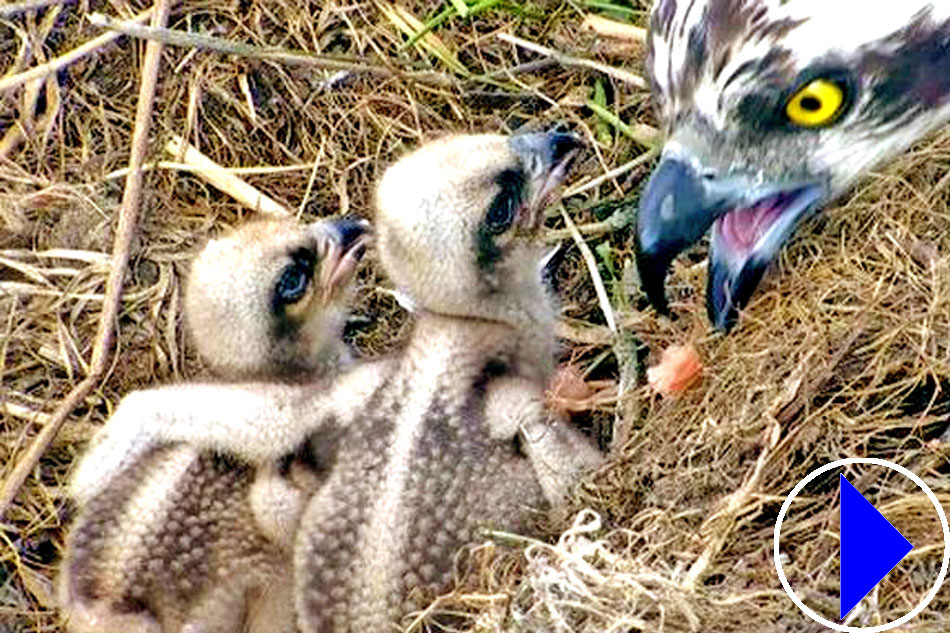 
More Info: In 2014, the ospreys built a nest on top of the Achieva Credit Union sign at the company’s 4th Street location in St. Petersburg. After a bad storm, the nest and eggs inside were destroyed. However, the couple soon returned to rebuild their home on Achieva’s monument sign. Working with the Audubon Society, Achieva safely transported the nest to a new, permanent location, ensuring a safe environment for the birds. The new nest is located on top of a 50-foot utility pole just outside of the Achieva Credit Union in St. Petersburg.

The Osprey is a medium-sized raptor and an apex predator which can be found throughout Florida.

Osprey nests are highly visible and often seen on bridges, buoys, channel markers, and power poles, although they can also be built on the ground when a suitable platform is not available. Nest building is an important skill in attracting a mate, and females gravitate toward males who can provide the best nest.

The Osprey is a prime indicator species that can be used to monitor habitat conditions, fish populations, and overall environmental health.