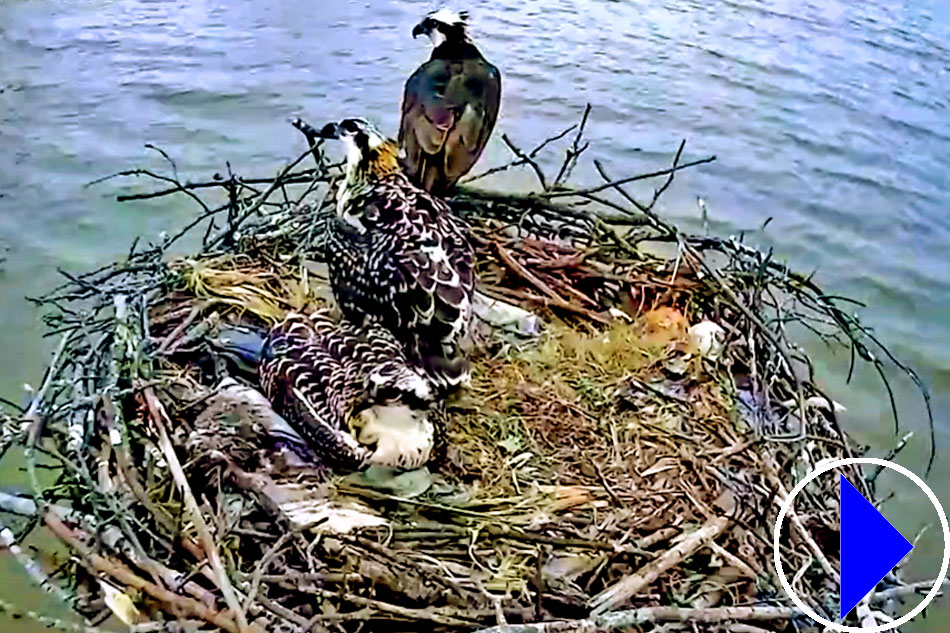 
More info: The large majority of ospreys in Virginia are migratory. Ospreys arrive from their winter haunts in the West Indies, Central America and South America in March and April, and then leave again in August and September. Males typically arrive at their breeding territories one to two weeks before females. Courtship may not be very elaborate in established osprey pairs but usually involves the male bringing fish to the female at the nest and both birds partaking in extensive nest renovation.

Generally two to three eggs are laid in April and are incubated by the female osprey for 35 to 37 days. The young remain in the nest for approximately 8 weeks after hatching.

Most young are capable of sustained flight by late June or early July, however, after fledging from the nest, the young remain dependent on the parents for up to 2 months.

The growth rate of osprey chicks is quite stunning, taking only twelve to fourteen weeks from when they hatch to when they begin their migration back to Africa. By this time they will weigh around 1.6kgs.