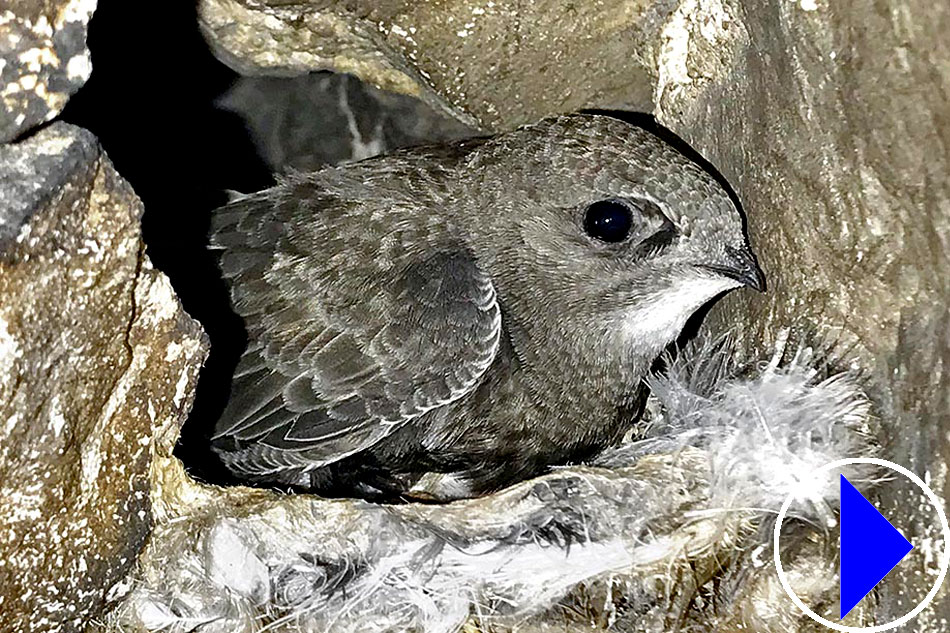 More info: The pallid swift has an extremely large range and a wide distribution over Europe and Africa, from France east to Pakistan, and south to Zambia. It is a summer migrant and not as common as the Common swift.

The pallid swift spends much of its life in the air; it feeds, drinks, mates and even sleeps on the wing. Researchers believe this gives the swift a higher survival rate than many other birds as they are less prone to predation whilst on the wing and are not affected by parasites in the same way as birds on the ground.

Pallid swifts have very short legs which they use only for clinging to vertical surfaces. They never settle voluntarily on the ground.

Pallid swifts lay two clutches of eggs in one season, the common swift only one.