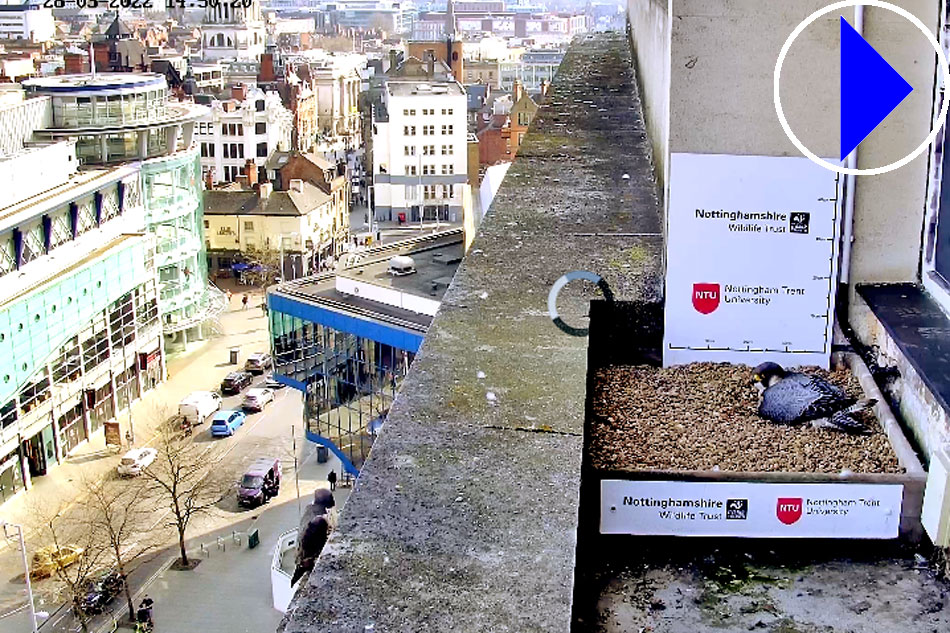 More info: The peregrine falcon nest at Trent University was first discovered when the structure was surveyed for building work. Later, when the university carried out the refurbishment, they provided the nest box to allow the peregrines to continue to breed undisturbed.

It is becoming increasingly common for peregrines to nest in urban areas As the population of peregrine falcons increased, so did the competition for traditional nest sites and moving in to urban areas, the peregrines sought structures which balanced shelter with a good food supply. . The earliest record of a peregrine using a building for nesting, goes back to 1864/65 at Salisbury Cathedral.

Birds are the main staple of a peregrine falcon's diet and pigeons are their favourite prey. Peregrines will also hunt other species depending on availability, including starlings, blackbirds and collared doves.