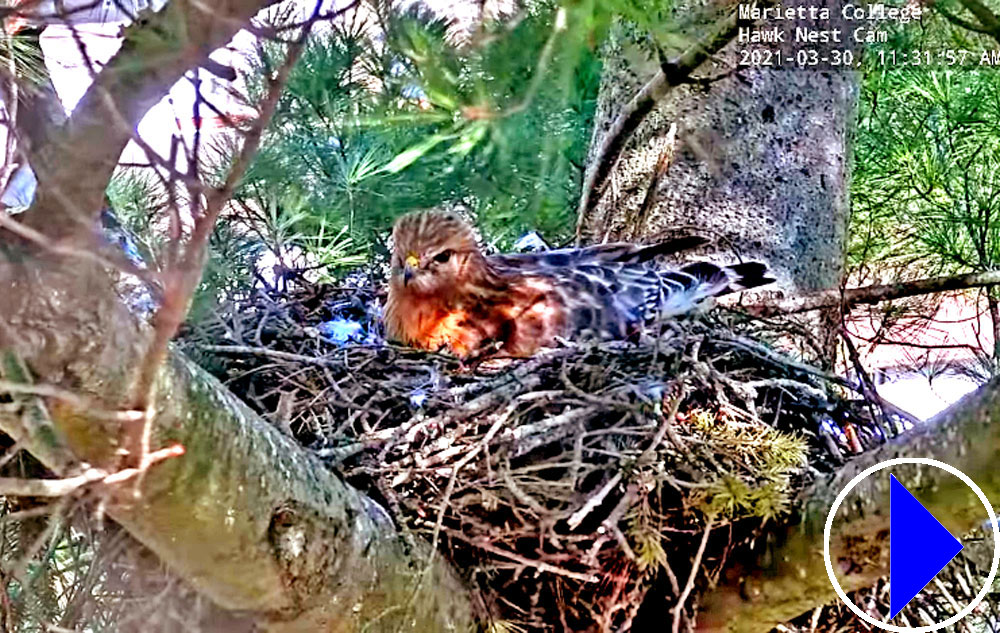 The red shouldered hawk nest is usually placed below the canopy in a main fork of a tall, mature, deciduous tree close to water. Both the male and female construct the nest of sticks and line it with twigs or leaves or they will re-furbish an old nest..