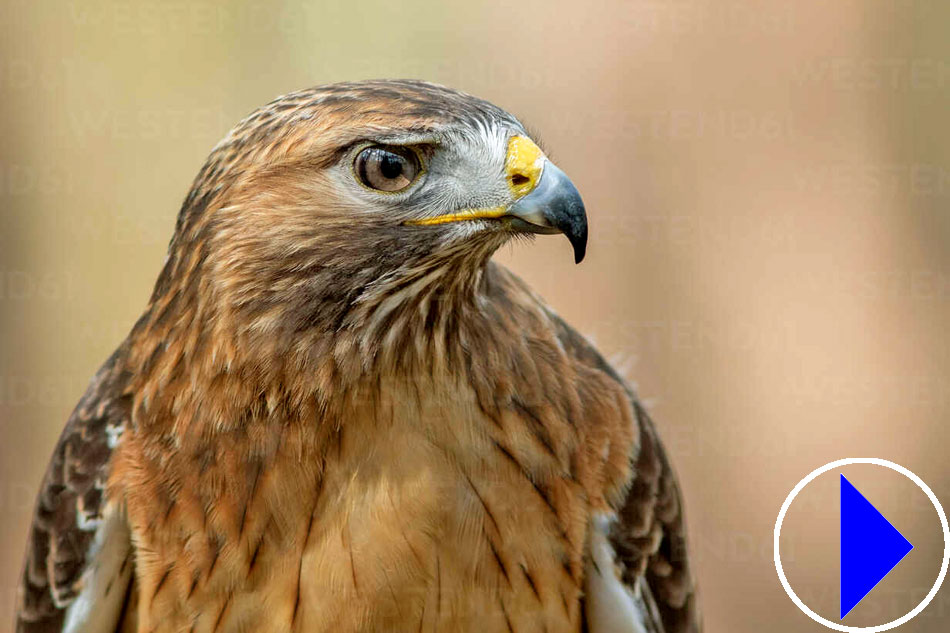 
More info: The red-tailed hawk is the most widespread hawk in North America, where it breeds from western Alaska and northern Canada to as far south as Panama and most of the Caribbean.

Red-tailed hawks are found around open fields, especially near woodlots close to farms and cities. Not being birds of deep woods, they are usually found in grasslands or marsh-shrub habitats. They are also found in urban areas.

Red-tailed hawks often mate for life. They make a stick nest in a tree, high above the ground and will sometimes use the nest year after year and so it grows bigger and bigger. They will also nest on man-made structures. Both males and females assist in nest construction.

The female hawk lays one to five white eggs with brown spots. The first egg is generally laid between mid-March and early April and they are incubated primarily by the female. Eggs hatch after 28 to 35 days. The young red-tailed hawks typically leave the nest for the first time and attempt their first flights at about 42 to 46 days after hatching.