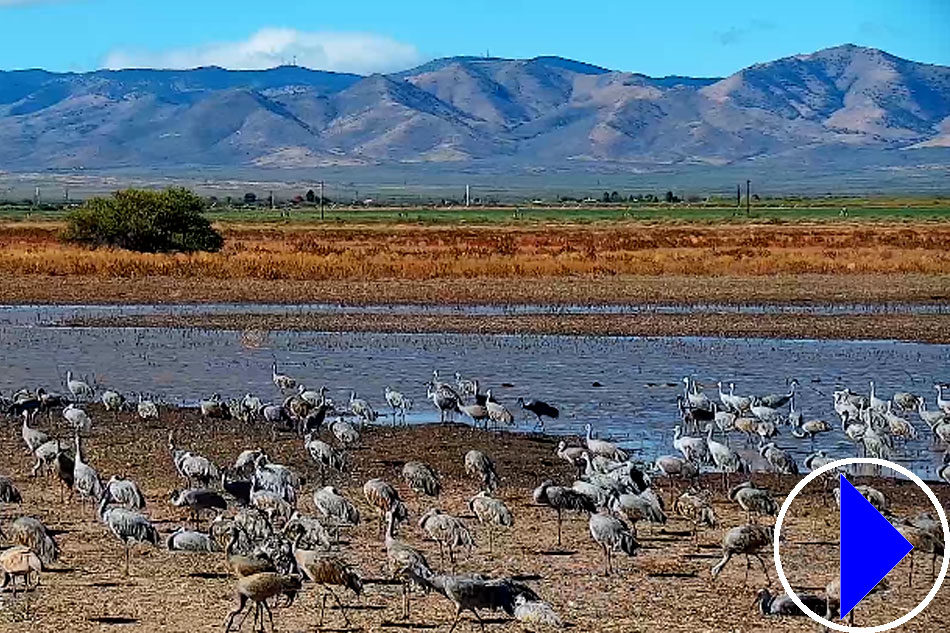 More Info: The overall plumage colour of sandhill cranes is grey, which often turns to a brownish-ochre colour around migration time. The bright red patch on the top of their head makes them easy to recognize at a distance. The unique call of the sandhill crane can be heard from miles away and the pitch and harmonics of their call come from long tracheas (windpipes) which have a coil at the lower end. Sandhill cranes are about three to four feet (0.9 to 1.2 meters) tall with a wingspan that can be more than five feet (1.5 meters).

Three subpopulations of sandhill cranes are migratory: the lesser, greater, and Canadian sandhill cranes. All of these spend winters in the south, in Texas, California, Arizona, New Mexico, and Mexico. In the early spring, they begin the migration to their summer breeding grounds. Some sandhill cranes breed in Minnesota, Wisconsin, and Michigan. Others breed in Oregon, Idaho, and Alaska.

In the early spring, as sandhill cranes are migrating to their breeding grounds, single cranes will start pairing up. The loudest and most noticeable call made by a sandhill crane is during the mating season. Males and females will perform unison calling to create a bond.