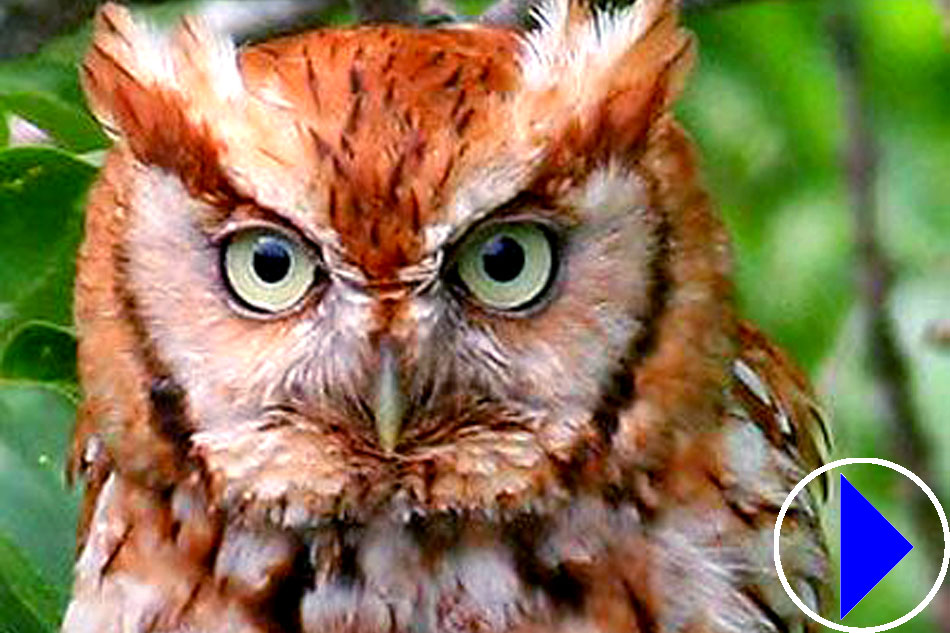 Eastern screech owls do not construct nests – they are cavity nesters, typically making a home in a previously excavated woodpecker hole or in a manmade nesting box. Breeding pairs often return to the same nest every season. They prefer open woodlands, grasslands and parks for nesting sites, but have adjusted quite well to humans and can often be found nesting in suburban backyards.

The nesting phase of Screech owls begins in March with peak egg laying late March to early April. Clutch sizes are usually 3 to 4 eggs but may be as many 6. Incubation takes around 26days. The female screech owl does not hunt while on the nest; she and the chicks depend on food brought to them by the male.

The oldest known recorded Eastern Screech-Owl in the wild was at least 14 years, 6 months old when it was found in Ontario in 1968, the same province where it had been ringed in 1955.