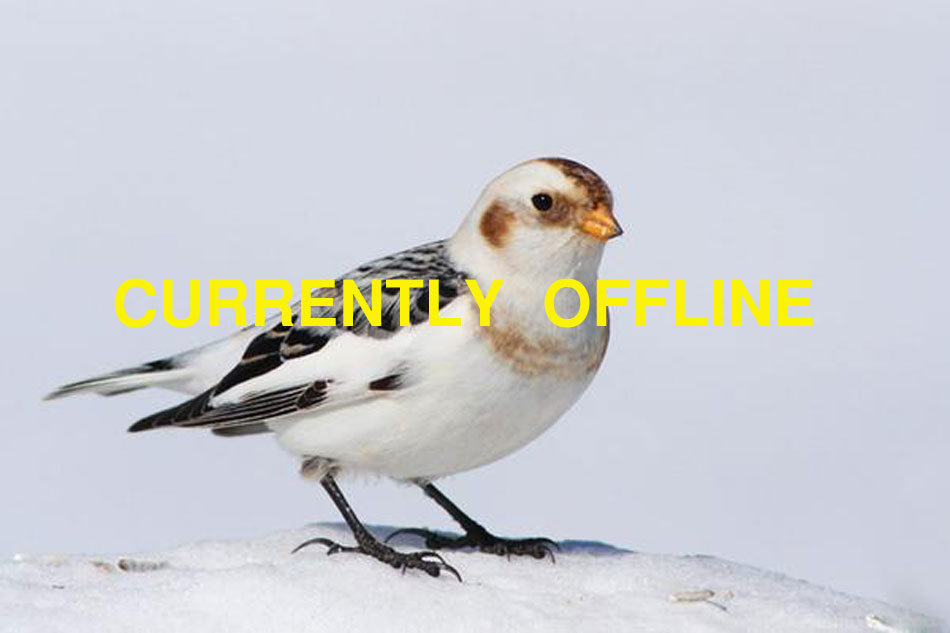 More info: Svalbard, previously known as Spitsbergen, or Spitzbergen, is a Norwegian archipelago in the Arctic Ocean. It is situated north of mainland Europe and is about midway between the northern coast of Norway and the North Pole. The largest island is Spitsbergen, followed by Nordaustlandet and Edgeøya, and the largest settlement is Longyearbyen.

Snow buntings are large buntings, with striking 'snowy' plumages. In summer, the males have all white heads and underparts contrasting with a black mantle and wing tips. Females are a more mottled above. During the winter snow buntings have a more subdued colouring with light brown markings to break up the white.

Snow buntings breed in the high Arctic, in Scandinavia, Iceland, northern Scotland, Russia, Siberia, Alaska, Canada and Greenland. Usually these birds migrate south for winter, those in North America going to southern Canada, to the southern and western coasts of Alaska, and to the USA's Great Plains. Snow buntings outside of North America winter in southern Scandinavia, Western Europe, and through central Asia.

Snow buntings breed further north than any other land-based bird. Females arrive towards the middle of May and nests are built in cracks in rocks, insulated against the cold with feathers and fur. Between 2 to 7 eggs are laid and in order to keep the eggs warm the female will rarely leave the nest during the incubation period; the male snow bunting will provide food for the female in this time.