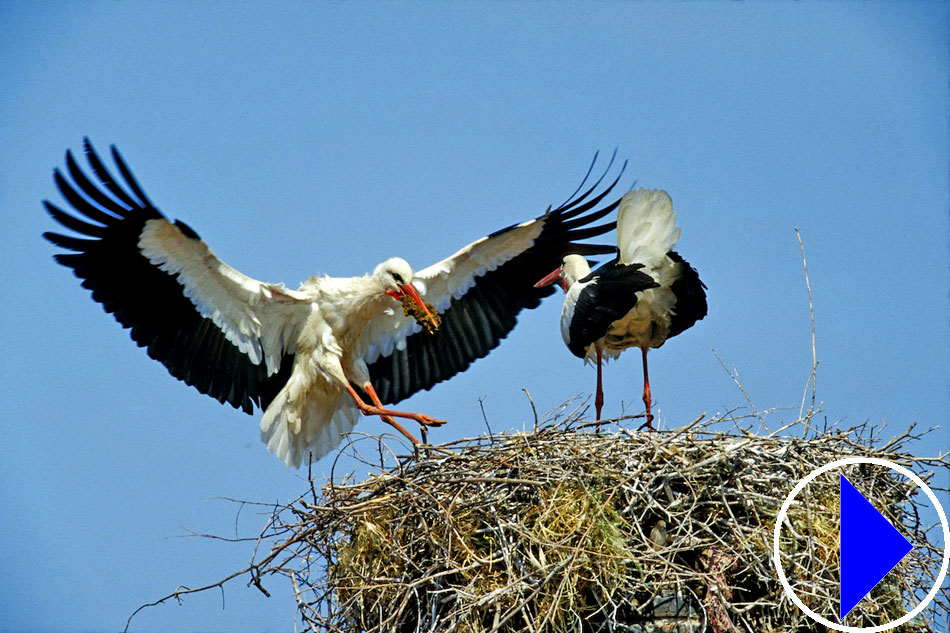 
More ifo: Vriezenveen is a town in the municipality of Twenterand in the Dutch province of Overijssel.

The white stork is classed as a species of "Least Concern" however, threats to them include the continued loss of wetlands, collisions with overhead power lines, use of persistent pesticides and largely illegal hunting on migration routes and wintering grounds.

The decline of the stork population in the Netherlands was rapid in the first half of the 20th century to such an extent that in 1969 there were only 19 nests still in use. A re introduction programme was started in 1969 by Vogelbescherming, the Dutch protection society. They set up the stork village of Het Liesveld with the purpose of breeding storks in captivity. The young were later re located to other areas where storks had traditionally built nests. They were allowed to migrate following their normal patternand the returning birds settled around the outstations.