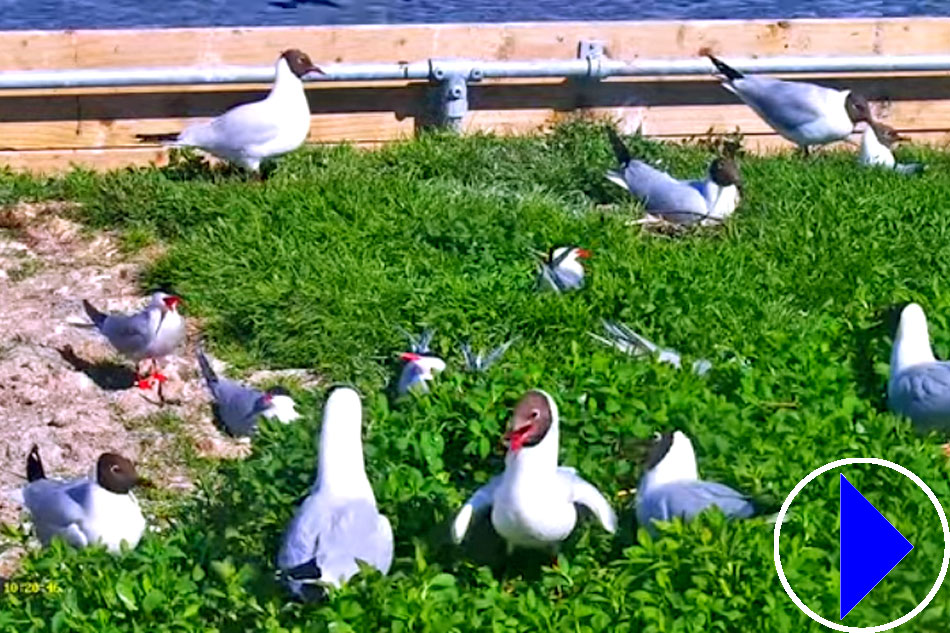 LIVE WEBCAM WITH TERNS AND GULLS


More info: Lough Neagh attracts birdwatchers from many nations due to the number and variety of birds which winter and summer in the boglands and shores around the lake. Covering an area of 151 square miles (392 km2), it is the British Isles' largest lake by area.

The population of black headed gulls increases at Lough Neagh in winter with migrants from the continent and the small islands on the lake are an important resource for the breeding gulls.

Black-headed gulls are colonial breeders. They build their nests on the ground, close to each other and in low vegetation. Females lay 1 to 3 eggs and both parents incubate them for around 22-26 days. The young fledge at about 35 days.

The common tern also breeds in colonies with inland colonies tending to be smaller than on the coast. Common terns often nest alongside other coastal species, such as Arctic, roseate, Sandwich terns and black-headed gulls. Many common terns will re-use the nesting site year after year, The male common tern selects a nesting territory a few days after his arrival in the spring, and is joined by his previous partner unless she is more than five days late, in which case the pair may separate.