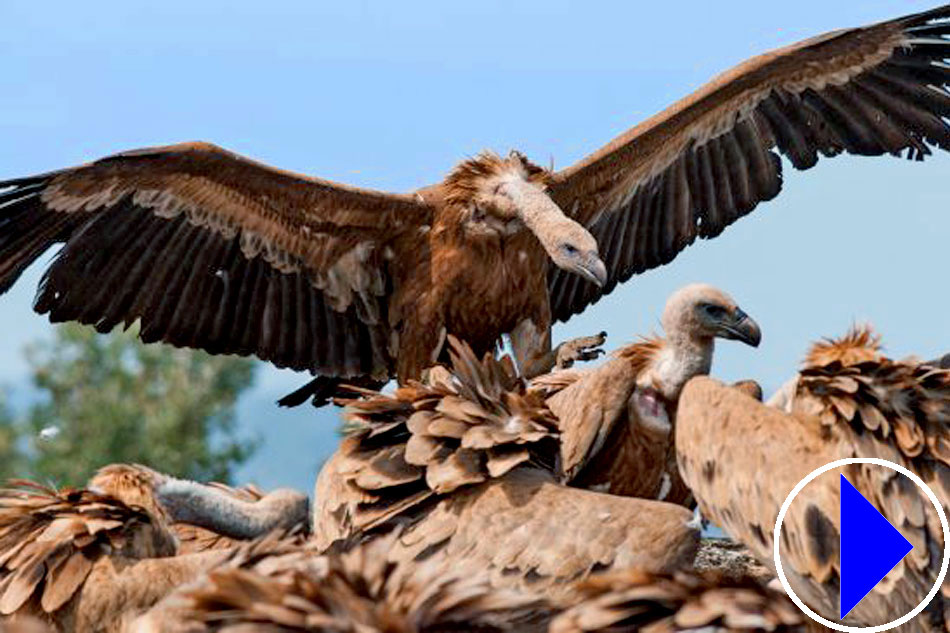 More info: The site is located close to a rehabilitation and release centre for vultures. As well as the vultures, you may also see hooded crows, black crows, other raptors and egrets. Vultures from the Golan, the Judean Desert, the Negev, and even the Balkans visit the site throughout the year.

The griffon vulture has a very large range, across the Middle East, North Africa and Europe, from India to Portugal and Spain, most commonly found in countries that border the Mediterranean, with the largest population being in Spain.

The griffon vulture is one of the largest raptors in Europe, with a wingspan of 2.5-2.7 meters and a body mass of 8-10 kg. It has a creamy-white head, neck, and ruff. The upper wing and the body is a pale brown, while the tail and remainder of the wing is a striking dark colour. Both male and female have a similar appearance and adult birds can be distinguished from immature by the clear colour of the ruff, beak and eye. Griffon vultures are long-lived birds with an average life expectancy of 28 years.

Griffon vultures breed in colonies consisting of up to 150 pairs. They make their nests on cliffs, and perform elegant courtship flights around the area. The female griffon lays a single egg which is incubated by both parents for around 52-60 days. At the end of this period, a rather weak and featherless chick hatches weighing approximately 6 oz (170 g). The hatchling stays under its parents’ care for around three months. It fledges after 110-130 days. They become capable of breeding after 4-5 years of age.

Griffon vultures are carnivores and scavengers. They eat only the softer muscle, flesh and viscera from carrion and leave practically everything else.