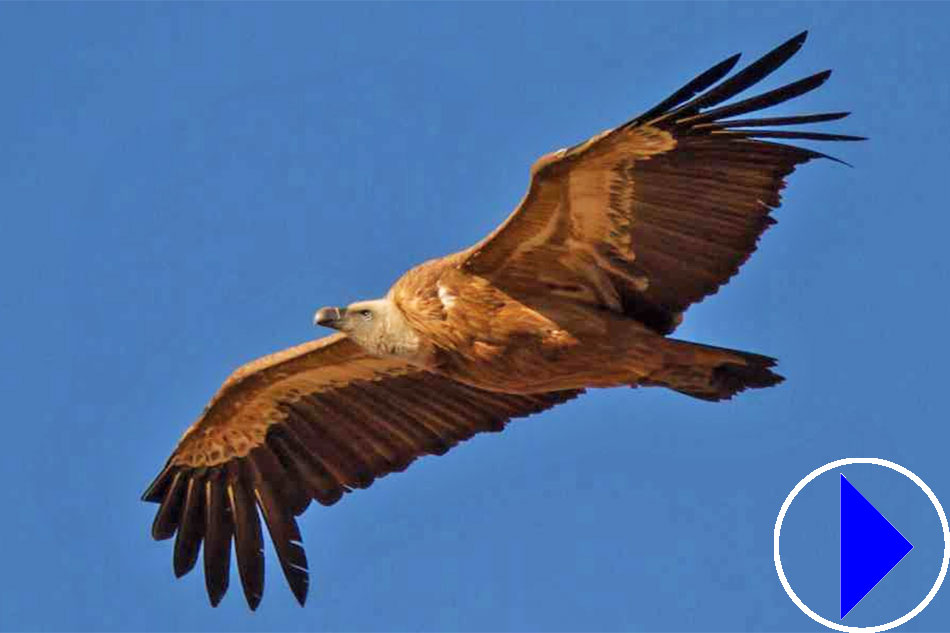 
More info: Griffon vultures are monogamous, and pair bonds are often lifelong. Beautiful courtship flights can be seen around the nesting cliffs. Breeding usually begins early in the year, before the end of January. A single egg is laid and is incubated by both parents for 52-60 days. The chick has a small amount of down when it hatches and weighs about 170 grams. The feathers appear when it is around 60 days old. The young griffon chick stays under its parents’ care for around three months. It fledges after 110-130 days. They become capable of breeding after 4-5 years of age.

The griffon vulture can be found over most of Europe, North Africa, Middle East, through Afghanistan, Pakistan, India, and into Nepal. The largest population occurs in Spain.

In 2012, the Griffon Vulture population reached an unprecedented and dangerous low. In the winter (February) and summer (June) counts, 110 and 146 Griffon Vultures were counted respectively. In 2020 there was a significant increase in the numbers with 184 vultures recorded in the winter count and 206 in the summer count. There was also a positive trend in the breeding results. In 2012, the number of nests decreased to 33, and in 2020, 48 nests were recorded. Furthermore, out of the 206 individuals counted in June 2020, some were identified — 22 were natives coming from the captive breeding nucleus and 10 were vultures rescued in Spain, which were transported and released in Israel after being rehabilitated.