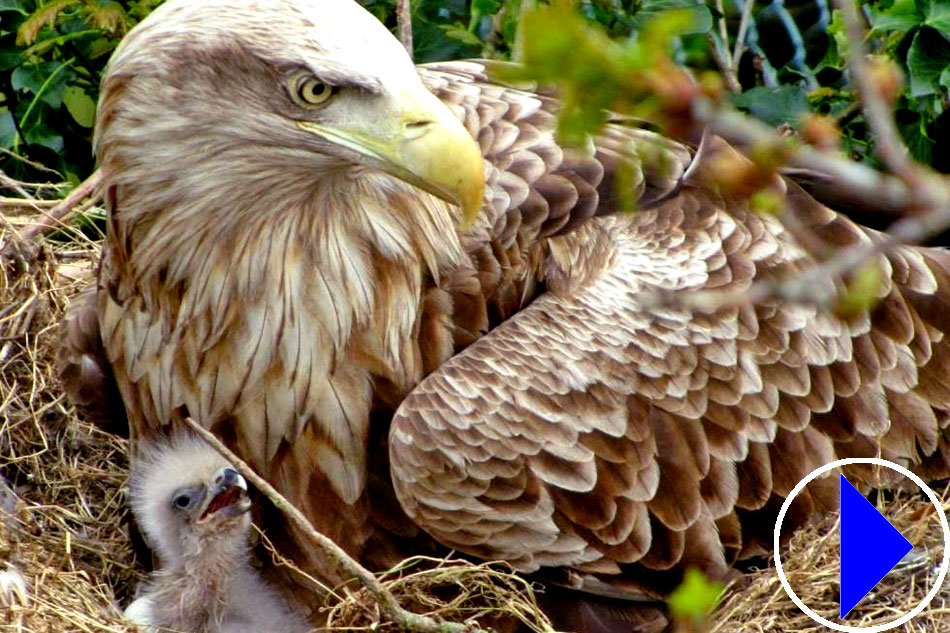 White-tailed eagles are widely distributed in northern Europe and northern Asia. They breed as far west as Greenland and Iceland and as far east as Hokkaido, Japan. The largest population of White-tailed Eagles in Europe is found along the coast of Norway. Their territory can range as far as 70km and they are almost always located around bodies of water.

White-tailed Eagles are closely related to Bald Eagles. The adult White-tailed eagle is a greyish mid-brown colour overall with paler plumage on the head, neck and upper breast. The contrasting tail is white and wedge shaped and all the bare parts of the adults body are yellow in color, including the bill, cere, feet, and eyes.

White-tailed eagles are carnivores but will also scavenge for food. Their diet consists mainly of fish and water birds but also small mammals. Carrion is often the primary food source during the winter months. White-tailed eagles are powerful predators and hunt mostly from perches, in a “sit-and-wait” style, usually from a prominent tree perch.