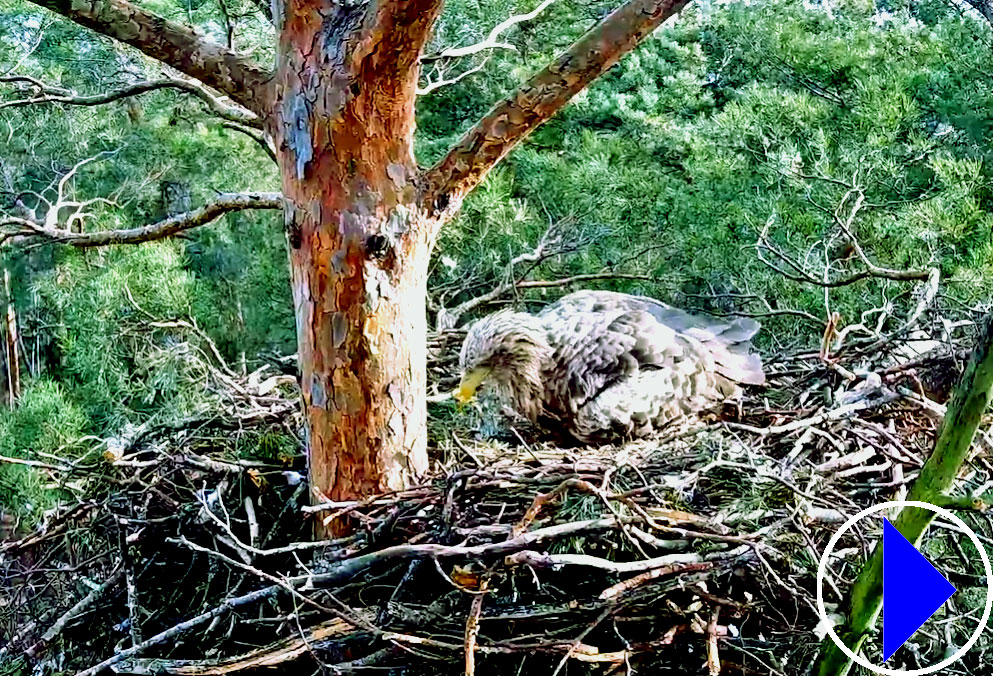 More info: The white-tailed eagle nest is situated about 25mtrs up in a 140-year-old pine tree in the Tuchola Forest (Bory Tucholskie). The Forest is located near the town of Tuchola in northern Poland, which lies between the Brda and Wda Rivers, within the Gdansk Pomerania region.

The white-tailed eagle is a huge bird with a wingspan of up to 245 cm (over 8 feet) wide. It has brown body plumage with a pale head and neck which can be almost white in older birds. The tail feathers in adult birds are white which gives this eagle its name.

White-tailed eagles normally breed at around six years of age. During the winter months, pairs are involved in courtship and nest building. The female lays two or three dull white eggs 2-5 days apart generally in March. Incubation is around 38 days with the female carrying out most of it. The young fledge at 10-11 weeks and remain close to the nest, dependent on their parents, for a further 5-6 weeks.