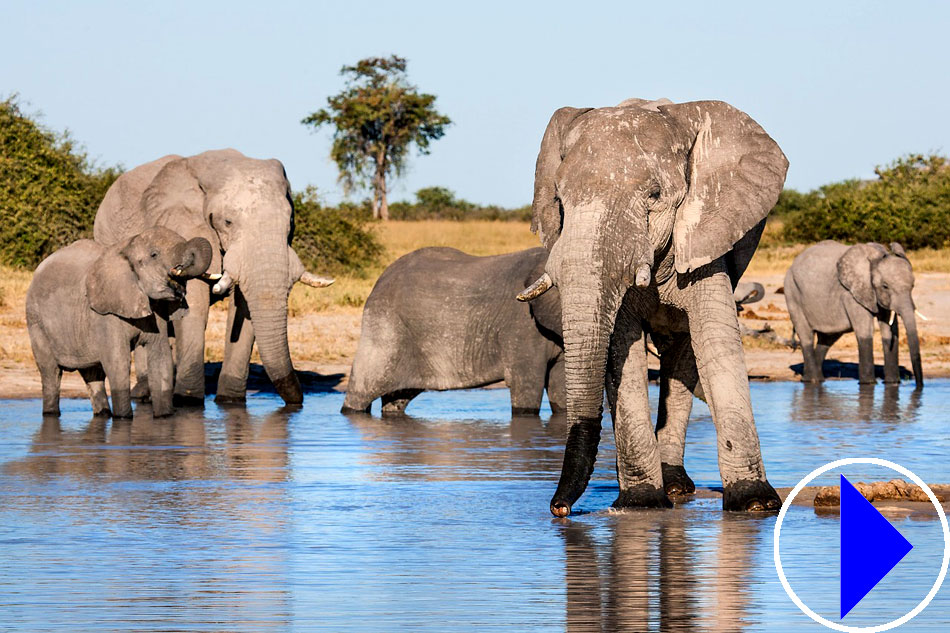 LIVE WEBCAM WITH ELEPHANTS AND AFRICAN WILDLIFE IN BOTSWANA


More info: Camp Kuzuma is situated in Kazuma Forest Reserve which boasts the world's busiest elephant corridor as it joins two of the world's greatest parks, the Chobe National Park in Botswana and Hwange National Park in Zimbabwe. 200 000 elephants roam in this busy corridor - including massive breeding herds, bachelor herds and lone ranging bulls. The elephants move thousands of kilometres across the country’s wildlands, using ancient routes to pass through private farms, national parks and towns and move deep into neighbouring countries.

Kazuma Forest Reserve covers 4000 hectares with woodland, forest, open plains and pans making up the habitat that is home to a diverse range of wildlife. Apart from breeding herds of elephant, animals within the reserve include lion, leopard, wildebeest, the rare sable antelope, roan antelope, giraffe, buffalo, spotted hyena and more.

Botswana is a huge landlocked country, roughly the size of France and very nearly in the centre of the southern African subcontinent, on an elevated plateau of approximately 1000 metres. These factors lend to having a low annual rainfall and a varied climate.

The seasons in Botswana are indistinct. Rains generally start in October or November and continue through to March or April with intermittent dry spells. In April, temperatures start to fall and May is generally regarded as the first month of the dry, cool winter, characterised by clear sunny days and cold nights. Spring in Botswana begins in August and temperatures rise rapidly during the hot, dry period of September, October and November until the rains break again.

In the dry season from April to October, only permanent rivers flow, vegetation is more sparse and game congregates around water sources. With the oncoming threat of rain, the air becomes hot and October temperatures head into the high 30's°C

The rainy season between November and March attracts a huge influx of birds, such as Flamingo that feed in the algae rich pans and raise their chicks. Many grazing animals also give birth at this time, as the landscape is lush and there is an abundance of food.