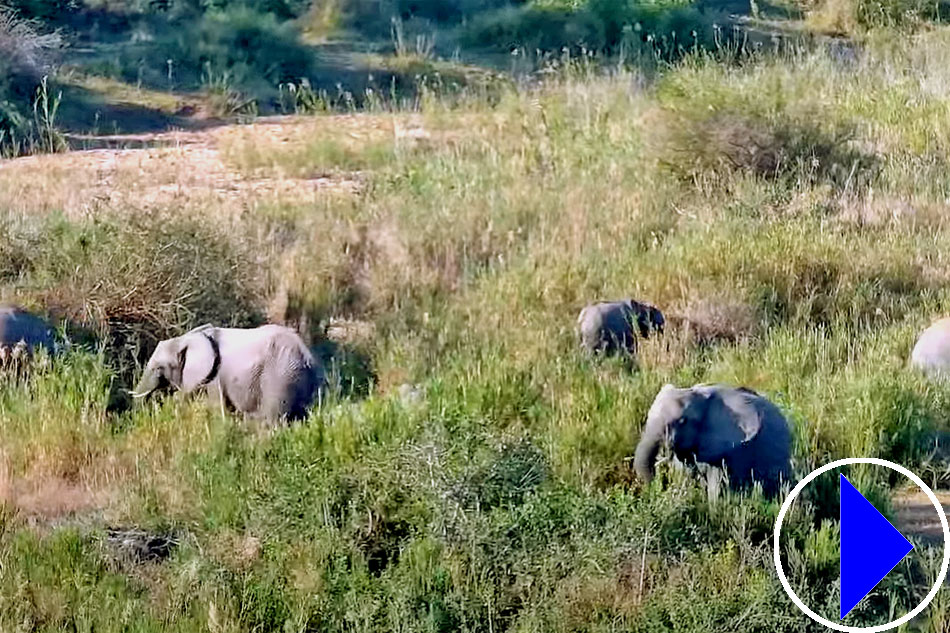 Around the camp itself there are frequent sightings of fruit bat, thick-tailed bushbabies, warthogs, purple- crested lourie and spotted hyena. Riverside walks, wilderness hikes and game drives are on offer to enjoy the abundant wildlife.

Kruger National Park is one of the largest game reserves in Africa. It covers an area of 19,623 km2 (7,576 sq mi) in the Limpopo and Mpumalanga provinces. Several rivers run through the park from west to east, including the Sabie, Olifants, Crocodile, Letaba, Luvuvhu and Limpopo Rivers.

Kruger National Park is probably most famous for its large predators and carnivores : lion, leopard, cheetah, hyena and wild dogs. They are found throughout the Park, but are more easily seen in the game-rich grasslands of central and south-eastern Kruger. Smaller predators in Kruger include the African wild cat, bat-eared fox, black-backed jackal, cape fax, civet, caracal and genet.

Kruger National Park is home to many different species of antelopes, from large Eland to small antelope such as Duiker and Steenbok. Steenbok show a marked preference for the open plains in the eastern region of the Park. Impala are the most common antelope with Kudu being the second most common. Kudu are more generally found in the Central Region where their favourite food plants are found in abundance. Sable and eland are more rare.

In Kruger National Park, 85 per cent of the white rhino population occurs in the Southern Region, where rainfall is higher than average and water holes are evenly distributed.

Bird life in the Park is many and varied. Kruger is home to the majority of South African raptors, while vultures occur most in central grasslands. Eagles are commonly found in woodlands along drainage lines.

The distribution of animals in Kruger depends largely on the time of year and the quality of grazing in each area. Migration patterns have been substantially altered by the removal of fences between western Kruger and the adjoining private reserves. Game roams over a far wider area, particularly in summer when grazing is plentiful and there is widespread water.