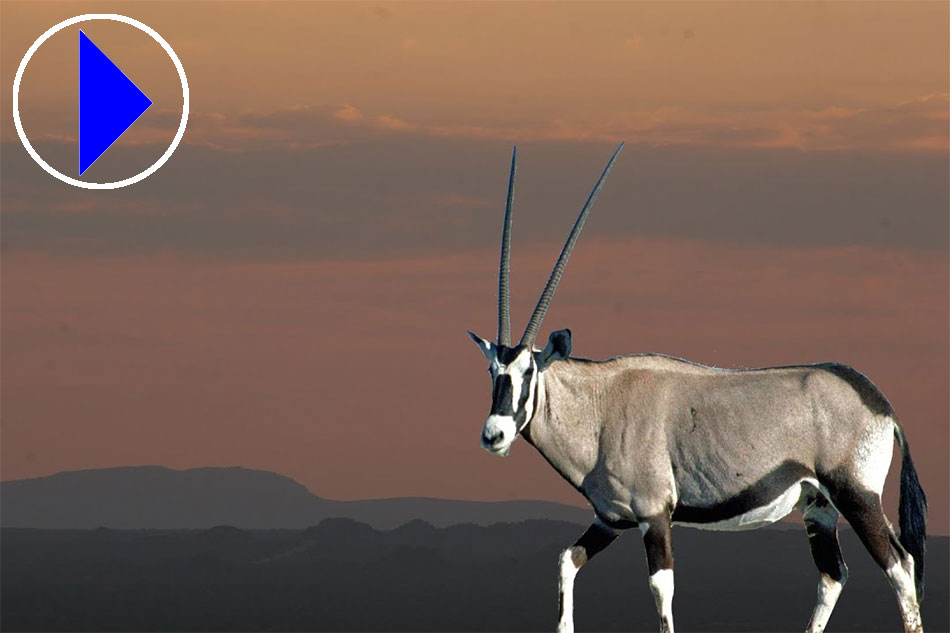 More Info: Visitors to the waterhole include oryx, zebra, wildebeest, ostrich, cheetah, foxes, jackals and birds. The waterhole is man made and situated in an open plain about 8kms from the Namib Desert Lodge in the Gondwana Namib Park.

The Namib desert stretches 1,600km along Namibia's coast. It is the oldest desert in the world and one of the planet's most extreme wildernesses.

Although it is one of the driest places on earth, the Namib desert has a wide array of animals and life and many species are endemic, being found nowhere else. One fascinating example is a plant called Welwitschia. This strange plant can live for over 2000 years, and it only grows two leaves during its entire life. Because of the windy environment it lives in, its two leaves become shredded over the years, giving the appearance of an abundance of leaves. Another bizarre resident is the quiver tree which effectively cuts off its own branches to save moisture through its leaves, in times of drought.

The beautiful oryx is also highly adapted to the harsh desert terrain and can survive in an environment where most antelope would perish. The Oryx can conserve water and withstand extreme heat, which would ordinarily kill any other animal, by cooling the blood that flows to its brain. The entire behaviour pattern of the oryx is geared towards conserving water and energy. They will rest in the shade of a tree in the hottest part of the day, or in the event that no shade can be found, turn their bodies in such a way that most of their surface faces away from the sun. The clever colouring of an oryx also acts as a heat deflector.

The oryx is Namibia’s most recognisable icon and is also its national symbol.