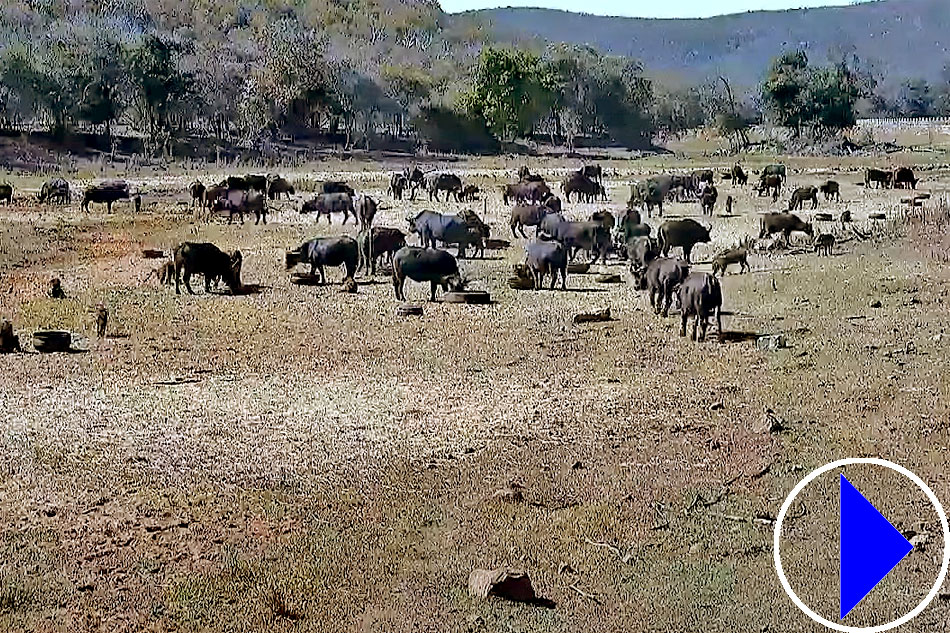 
More info: The Shayamanzi Game Ranch, is situated in the Waterberg region of Limpopo Province of South Africa. It is home to African wildlife including leopard, lions, buffalo and sable.

Shayamanzi is also the home of Leopard TV

In the wild, the sable antelope is found in wooded savanna from the south of Kenya in East Africa, to South Africa.

Sable antelope are most notable for their impressive ringed horns rising vertically to curve backwards. Sable live in herds generally numbering 10 to 30 individuals which typically consist of females and their young and a male leader. The breeding season is from May to July and the dominant males vigorously defend the females against intruding males.

Sable antelope are herbivores. They are specialized browsing animals and feed upon foliage, leaves, medium-length grass, and herbs, especially those growing on termite mounds. The leaves of trees provide 90% of their diet. They also visit salt licks and have been known to chew bones to obtain minerals. Sable are dependent on drinking water, travelling to water at 2–4 days intervals.