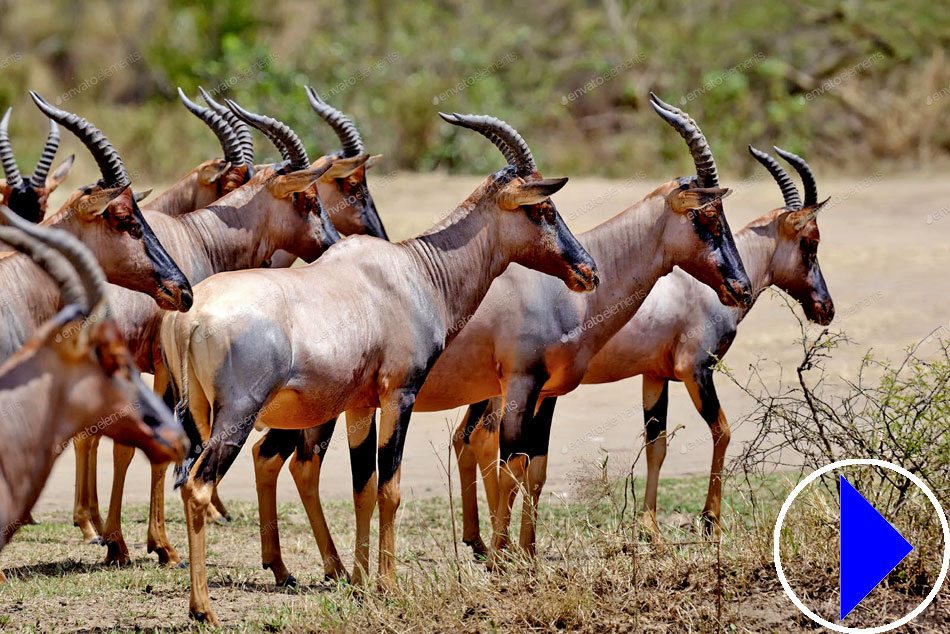 
More info: Tsavo East National Park opened in 1948 and is one of the oldest parks in Kenya. It is located in the south east of the country near the town of Voi and equidistant between the capitol Nairobi and the coastal city of Mombasa. The park forms the largest protected area in Kenya covering an area of 13,747km2.

Key attractions in this Kenyan safari park include the Galana River which features Lugard’s Falls - a series of rapids, where crocodiles love to bathe. The Yatta plateau - the world’s longest lava flow at 290km long. Mudanda Rock which is a 1.6km outcrop of rock, with a dam at its base which is a popular drinking place for game, as is the Aruba Dam. The park also has the Ngulia Rhino Sanctuary set up to save the black rhino from extinction due to hunting by poachers. As well as the pools and dams used as watering holes by both birds and animals. The park features bushy grasslands, open plains, semi-arid acacia scrub and woodlands.

Bird watching is best between October and January, with many migratory birds including: African skimmers, red and yellow bishops, goshawks, buffalo weavers and palm nut vultures, to name but a few. Over 500 bird species have been recorded in the park, including ostriches, kestrels, buzzards, starlings, weaverbirds, kingfishers, hornbills, secretary birds and herons.

Kenya lies across the equator, and Tsavo East National Park is just a few degrees latitude south. The temperature is fairly constant year round, but the rainfall varies. The tropical temperature ranges from 27-31°C (81-88°F) in the daytime and 22-24°C (72-75°F) at night. The long rainy season in Kenya lasts from March to May and the short rainy season is from October to December,